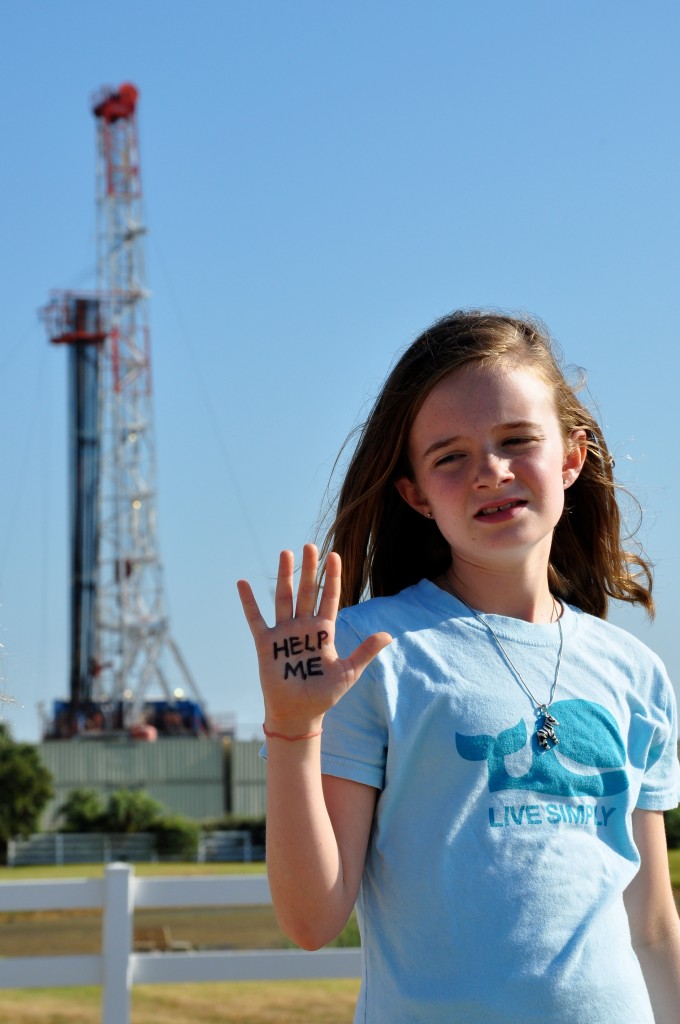 The choice is not hard

I disagree that Denton has a hard choice to make as put forth by Adam in the title to his most recent blog post but I’m happy to see the progression from his “I’m warming up” to gas plants statement.

But Adam’s comment to Josh Fox on Facebook shows a lack of understanding of the science that clearly says we cannot and must not use natural gas as a bridge fuel.

I heard you say this last night and agree prima facie that we need to stop new gas plants. ~Adam Briggle

Unless one is a climate denier or dazzled by the fracking industry’s impressive propaganda (or local government’s propaganda) there is no “prima facie” in this crisis. There is no debate. At first glance or long penetrating stare, the result is the same: we must stop fossil fuel use now or we face death and destruction.

The choice is to go with the Denton Renewable Plan (DRP) that includes building two new fracked gas power plants that will operate at least until 2050 or find a better way.

That is not a hard choice for me. Not one more fracked gas power plant.

Here is what Josh said in reply:

Awwwww Sharon, did you REALLY think we were gonna quit now? 😉

We are with you all the way. And I think you know that I have toured to 200 cities in towns (and all over Texas) with Gasland and there is no stopping us now! We have to keep binding the struggle in the West with the struggle in the East and kick fracking out of the USA. Also, there will be a big Texas section in Gasland 2, of course. I am very grateful to Calvin Tillman who travels frequently to PA to do air testing and speeches. We need more of that! We need more sharing of information and resources.

But it seems like you guys need a Texas superstar to take up the issue, like Mark has here on the East Coast. Can you get Tommy Lee Jones on the phone? Any ideas out there?

All my love and respect.
Josh

We didn’t get our Texas superstar but the east coast fracking insurgents didn’t abandon us because they know this is not a regional fight, it’s a global fight.

Currently there are 300 fracked gas power plants planned in the U.S. If these plants get built, there is no way we will stay under the 2°C temperature mark. Even staying under 2°C will cause huge sea level rise and many coastline communities and island nations all over the world will drown. All our fracking insurgent friends on the east coast are at risk.

If you want to know whether your city has the potential to be underwater due to rising sea levels, there’s now a map for that.

This is not a hard choice. Not one more fracked gas power plant.

Thin Line Film Fest had a screening of Fox’s new film: How to Let Go of the World and Love All The Things Climate Can’t Change. The film introduced us to people who have already been harmed by climate change. Islanders performed a Haka, “We are not drowning–we are fighting!” Later one islander faces the reality that he is, indeed, drowning and his home, his culture will soon be gone.

These islanders are not responsible for climate change. They have no factories and few modern conveniences. The simple life they chose is suffering disproportionately from the effects of our choices.

According to a new Harvard study, if they drown, it’s on us.

The United States alone could be responsible for between 30-60% of the global growth in human-caused atmospheric methane emissions since 2002 because of a 30% spike in methane emissions across the country, the study says.

In response to the new study, Cornell professor Robert Howarth had this to say:

“Methane emissions make it a disastrous idea to consider shale gas as a bridge fuel, letting society continue to use fossil fuels over the next few decades,” Howarth said at the time. “Rather, we must move as quickly as possible away from all fossil fuels—shale gas, conventional natural gas, coal and oil—and toward a truly sustainable energy future using 21st-century technologies and wind and solar power.”

Sam Wolfe sat next to me at the film. During the scenes with the islanders, he sighed deeply and fidgeted. I wanted to comfort him. Sam has autism and, knowing something about that from personal experience, I resisted the urge to pat his knee or put my arm around his shoulder.

As his mother posted on Facebook, Sam got the film’s message:

Sam, who has autism, came with me to see the film last night. Sam’s perspective often serves as a great touchstone for me, especially when I convince myself a topic is hopelessly complex. Sam always boils it down, and with great nobility. On our way home, we had a great talk about what the planet faces and how we will survive by being more human and taking better care of each other.

Maybe Sam is our Texas superstar.

Being more human and taking better care of each other means our choices cannot cause the drowning of coast line communities and island nations. The choice must be: not one more fracked gas power plant. If you knew that building power plants would contribute to drowning people, would you use creativity and love to find another way?

The hard part that’s not that hard

There is already a 100% renewable energy plan for Texas that does not include fracked gas plants.

There are questions about cost. The city says the 100% renewable option will cost rate payers a little more for a few years, but then the cost drops. But I’m not sure the city is right because renewable energy experts say Concentrated Solar Power with storage is cheaper than gas peaking.

Denton could change the fee structure from regressive to progressive. So the biggest consumers pay a higher fee. This might incentivize UNT to stop refrigerating their offices.

The fossil fuel industry gets $10 million a minute in subsidies. That money needs to help cities get off fracked gas instead.

These are all problems we can solve. They aren’t that hard compared to drowning our neighbors.

If you saw a family drowning in the ocean and you could save them by paying a little more for your electricity, what would you do?

As I said in my speech before I was arrested at the Tar Sands Action:

Using creativity and love we can find better answers to the questions, we can make better choices, we can find our humanity, be better people and survive.