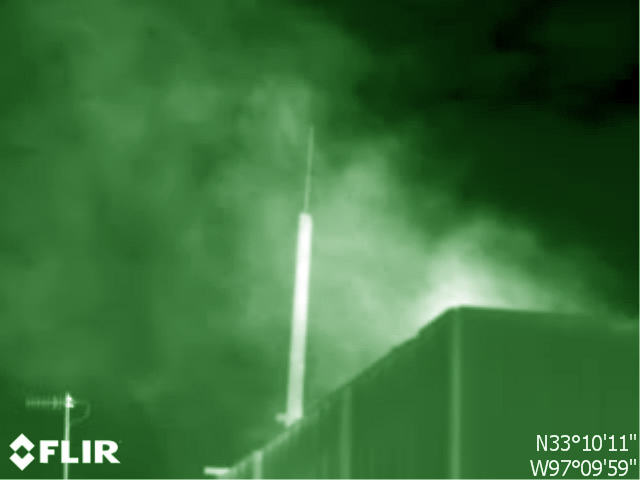 The natural gas industry is trying to expand their market and tighten their stranglehold on Denton by posing dirty fossil fuel as clean energy. The greenwashing spin at Renewable Denton is slick and shiny. They use terms like state of the art, clean-burning and leading the nation. The biggest insult is using the term “local control” in association with the same industry that stripped away local control from Denton and all Texans.

It truly is admirable that Denton wants to expand their renewable energy from 40% to 70%. But. according to the pretty graphics on the Renewable Denton website, 30% of the energy will still come from dirty fossil fuels–13% from the gas plants and 17% from market, which likely means gas plus coal.

I have many questions:

It has never made less sense to build fossil fuel power plants. Bloomberg

Wind and solar power are “much more competitive” against dirty energy sources than they were even just a few years ago, according to a detailed global analysis published this week.

The citizens of Denton have made it clear: they do not want fracking in the city. Greenwashing Denton fracking will not work.

“Odors and Air Contaminants: The Railroad Commission of Texas does not have regulatory authority over odors or air contaminants. However, for a well within the city limits, the city may enact ordinances regarding odors or other nuisances”.

The produced gas requires processing and treatment before use in the power plants. That means there will be, at least, one processing plant for each of the two gas power plants. Think of this as a mini refinery right in your backyard. If you want to know what that’s like, ask the Argyle-Bartonville Communities Alliance (only most of them sued the operator for making them sick, so now they are gagged).

And there will be compressor stations. Ask Mansfield about those.

And, of course, all these new wells and infrastructure will require more pipelines that will travel through your neighborhoods via eminent domain. 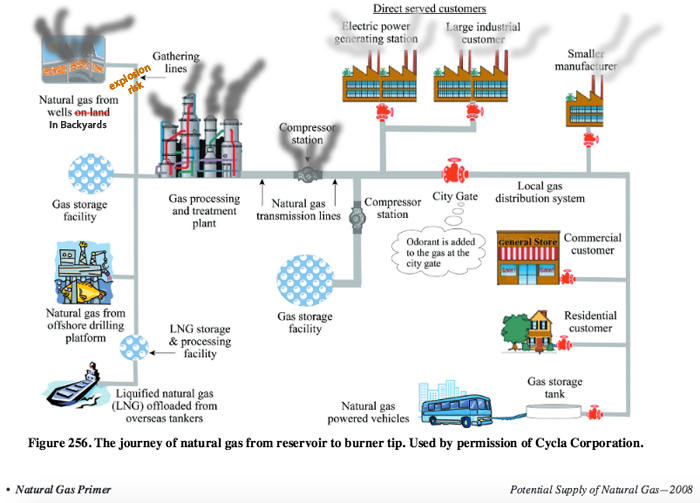 This graph on the “Renewable Denton” website is insultingly deceptive. Any environmental impact of the proposed plan should include all the upstream and midstream air pollution resulting from getting the natural gas to the quick start natural gas power plants. 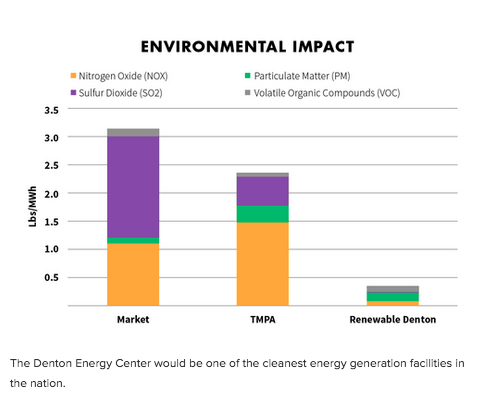 Here is information on upstream and midstream air pollution.

All of the above are local impacts that will cause great suffering and over which the citizens of Denton will have no control. But what about the global impacts?

If we want to save the world, we have to stop burning fossil fuels.

The UN, in its landmark IPCC climate science report last year and in another report earlier this month, warned that the world is close to blowing through a carbon budget, which would lead to warming of above 2C.

We have a moral imperative to do everything within our power to stop the destruction and save something for future generations. Our children are hurting. There is a dramatic increase in teen suicide. Young people are fearful about the future.

Denton could be a true leader. Denton could stop trying to greenwash fracking and follow Georgetown’s example.

“This was a business decision and it was a no-brainer,” Ross told ThinkProgress from his office along one of the city’s main thoroughfares. “This is a long-term source of power that creates cost certainty, brings economic development, uses less water, and helps the environment.”

Austin is going with renewables plus sexy Tesla batteries.

Denton should explore a sexy peaker package with solar plus battery backup. It’s cheaper and lasts longer than greenwashing fracking.

The “Renewable”–ah-hum–Denton Plan is not a done deal. Dentonites need to weigh in. Call, visit and write your council member. Write letters to the editor. Leave feedback on the Renewable Denton website.

The City Council has not yet voted on the Renewable Denton Plan, and it will remain a proposed plan until they do.

Two Open House meetings have been planned to give residents the chance to learn more about the Renewable Denton Plan and discuss it with DME staff. These will be informal meetings with no formal presentation, and are designed to encourage discussion. Both meetings will be held at Denton’s Civic Center and are scheduled for:

You can also find information and submit feedback from this website. Please visit the Feedback page to fill out a comment form.

The Council-appointed Public Utilities Board (PUB) will also discuss the Renewable Denton Plan prior to the Council discussion. A date has not yet been set for the PUB or Council meetings.