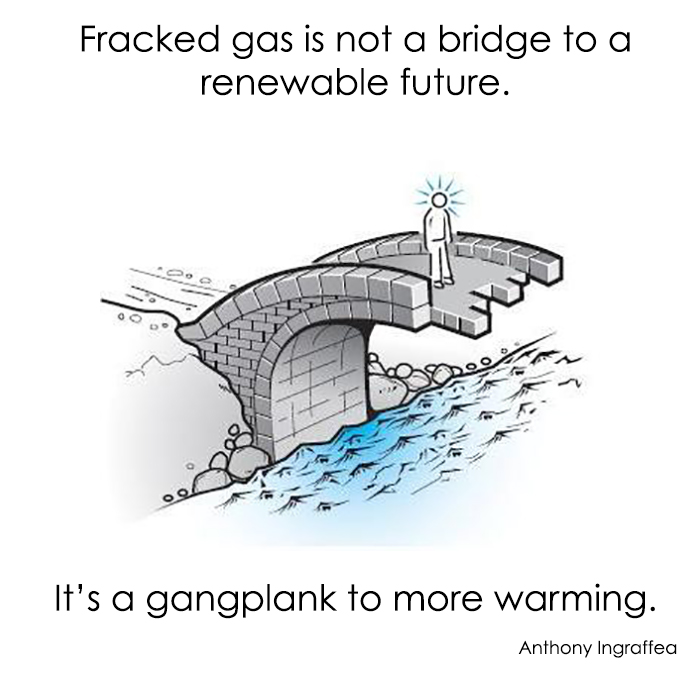 We need a rapid shift from the fossil fuel paradigm.

Paradigm– noun: a theory or a group of ideas about how something should be done, made, or thought about. Simple definition, Merriam-Webster.

Denton Municipal Electric (DME) created the Denton Renewable Plan (DRP) from their idea that it is impossible to use renewable energy to supply municipal electricity without building fracked gas power plants. This is why Denton needs an analysis of the DRP by consultants whose ideas are not shaped by the fossil fuel paradigm.

We are all influenced by our paradigms. That is why misinterpreting scientific research happens and why the fracking industry’s paid propaganda machine, Energy In Depth, successfully caters to those steeped in the fossil fuel paradigm.

Asking the source of the research is the easiest way to make sure research is not misinterpreted. That’s what I did when, Ken Banks, Director of Environmental Services and Sustainability for the City of Denton, used Cornell professor Robert Howarth’s Perspective: “A bridge to nowhere: methane emissions and the greenhouse gas footprint of natural gas” to justify building natural gas power plants at the DME question and answer meeting on Januray 23rd. (See transcript below) I know Howarth so I was 100% certain that Banks was misusing his research but I asked anyway. Here’s what he said:

I am 1,000% opposed to converting coal plants to natural gas, as I think my 2015 perspectives paper makes clear.  And quite frankly, I am mystified as to how the few sentences you quote below could be taken as an endorsement of natural gas.

“…  to replace some fossil fuels (coal, oil) with another (natural gas) will not suffice as an approach to take on global warming. Rather, we should embrace the technologies of the 21st Century, and convert our energy systems to ones that rely on wind, solar, and water power…”   My intent in writing these phrases was to say, “NO,” do not replace coal power plants with natural gas.

Also see Howarth’s website where he has a summary for the public of his methane work, links to research and work on renewable energy, blogs from the Paris climate talks and much more. This blog post is about the presentation he gave at a meeting I attended and includes a link to the presentation.

Here is what Howarth had to say to The Nation regarding fracked gas.

“If we continue methane production at current rates, the world will run up against the 1.5 degrees limit in 12 to 15 years,” Howarth told The Nation. “If we stop producing methane, which means stop doing fracking of natural gas and oil, the world wouldn’t run up against that limit for about 50 years. So we could buy ourselves 25 to 35 years of time, which is critical. That could allow us to improve our political and socioeconomic responses to climate change and de-carbonize our societies accordingly. But if we’re serious about a 1.5 degrees target, or even the 2 degrees target, we can’t keep on fracking.” Robert Howarth, The Nation

Howarth’s Perspective paper stems from a Cornell study: Methane and the greenhouse-gas footprint of natural gas from shale formations. The study was co-authored by Robert Howarth, Renee Santoro and Anthony Ingraffea. In email correspondence months ago, I suggested the council and Banks should feel free to contact Ingraffea but, so far, they have not.

Ingraffea called fracked gas a “Gangplank to a Warm Future” in his NY Times Op-Ed. According to the latest science, Ingraffea says natural gas is worse for climate than coal.

All of the latest peer-reviewed scientific literature indicates that if the leakage of methane, natural gas, into the atmosphere worldwide is greater than about three percent of the total production of natural gas in the world, it’s the dirtiest of all fossil fuels. Because when you burn methane, you get carbon dioxide, which we know is primary greenhouse gas, but when you don’t burn it and leak it – as we’re seeing it in Aliso Canyon – it’s even worse, because methane is a much potent greenhouse gas than carbon dioxide. Living on Earth

These are inconvenient facts if your view point is from a fossil fuel paradigm.

According to Thomas Kuhn, a paradigm shift is not easy. I know this is true because I’ve been through a few paradigm shifts in my personal life. One happened as fracking moved closer and closer to my Wise County farm turning my air brown and my water black. That’s when my paradigm about the “American Dream” shifted. Since then, I’ve helped others as their paradigm shifted. It’s messy stuff accompanied by anger and tears. Right now, the world needs a rapid paradigm shift in the worst way.

To be clear: I am not accusing Banks of having a fossil fuel paradigm. Banks works for the city not for DME. His specialty is water not methane, air pollution or climate change. Banks misinterpreted research, whether intentionally or accidentally I cannot say because he did not reply to my email.

Here is the transcript from the Q&A Video

1:43 – Hale Baskin
How do you justify the cognitive dissonance…?
Has anyone read or heard of the Cornell Study that was done on the methane.
Barns 1:47
The reason for statement is related to the leak loss associated with the product through the entire product chain.

Two things: We’re reducing the amount of natural gas that is being used. Your electricity right now is being supplied by more natural gas than it will be supplied with under this new plan. Substantially more.

[My Comment: This displacement theory is wiggly and only works under certain scenarios (see deep fat fryer analogy below for a giggle). Also, these new plants will operate far into the future  (2050), far beyond when Denton could be 100% renewable according to the DME paradigm (2030).]

So I don’t really understand the argument saying that we are somehow promoting that industry we are reducing our –let me finish—…
I will also read you something from that article, if I may. This is from Howarth’s article and he states:

“Am I recommending that we continue to use coal and oil, rather than replace these with natural gas? Not at all. Society needs to wean itself from the addiction to fossil fuels as quickly as possible. But to replace some fossil fuels (coal, oil) with another (natural gas) will not suffice as an approach to take on global warming. Rather, we should embrace the technologies of the 21st Century, and convert our energy systems to ones that rely on wind, solar, and water power [59, 60, 61]. In Jacobson et al. [54], we lay out a plan for doing this for the entire state of New York, making the state largely free of fossil fuels by 2030 [pregnant pause for emphasis] and completely free by 2050.”

[Banks added emphasis on the dates. I added the italics to emphasize Howarth’s intention.]

The plan that we are talking about here is a step in that direction. The resolution that council has already taken a look at establishes renewable energy at 100% of our goal at 2030. The same timeline that is quoted in the article you just stated.

Baskin – So if these plants have a 30 – 40 year lifespan, how is it possible that we would be 100% renewable if we have these plants in our backyard?

Banks: There is no 100% renewable community, that I’m aware of right now, that does not have some form of backup. And if someone knows of one, I’d be glad to hear it. There are several that have touted themselves as being 100% renewable, and that’s true on paper, but they do have backup with natural gas or with coal.

Baskin: You are confusing purchasing power with creating our own dirty power, which natural gas is objectively dirty, and there is a difference between buying it and making it ourselves in our backyard.

The city made it clear early in the DRP discussion that comparing Denton to Georgetown or Aspen, cities that have gone 100% renewable, was not appropriate because the cities are dissimilar.  I’ve not heard anyone make those comparisons lately so it seems the public got that message.

Yet Banks ignores everything about the Howarth paper except the projected dates for when New York might convert the entire state to 100% renewable and he uses those dates to justify building gas plants in the small city of Denton and operating them until 2050.

Also to be clear: the public is not demanding 100% renewable immediately. They seem to understand that some fossil fuel use may be necessary for a short while. Here is what the public is demanding: no new fracked gas infrastructure and converting to 100% renewable energy as soon as possible. That seems reasonable given that scientists are telling us how dire the climate change situation is.

There are many other examples of misuse of information and conflicting statements by the DME team. But I will save those because I want to shit gears to something funny.

These are analogies of the DRP I pulled off Facebook. I love me some Dentonites.

Denton Resident One: Like if your doc tells you to go on a diet, then it’s fine to eat some white carbs once in a while when you’re hungry, as long as you don’t overdo it. But don’t go out and buy 12 giant new friggin deep fryer/bread makers, know what I’m sayin???????

Denton Resident Two: but if u buy 12 deep fryers that will reduce grease by 37% because ur new clean fryers will displace older fryers in the neighborhood.

once they build the buccees, people will quit going to racetrac, so the world will be cleaner.

Denton Resident One: Yeah, it’s like beating the crap out of a random stranger to preempt an even bigger thug from doing the same thing. Now go run along now and don’t forget to pay it forward! You’re welcome! smile emoticon

Denton Resident Two: in fact, the best thing for everyone is once we build the power plants, we immediately build ANOTHER one that will reduce emissions by another percent or two.

we should just cover denton county in brand new power plants, we can save the world.

hold i need to go apply for brian daskom’s job

Josh Fox will be in Denton on February 17th to screen his new film at the Thin Line Festival. He will have a renewable energy expert with him who can answer your questions. 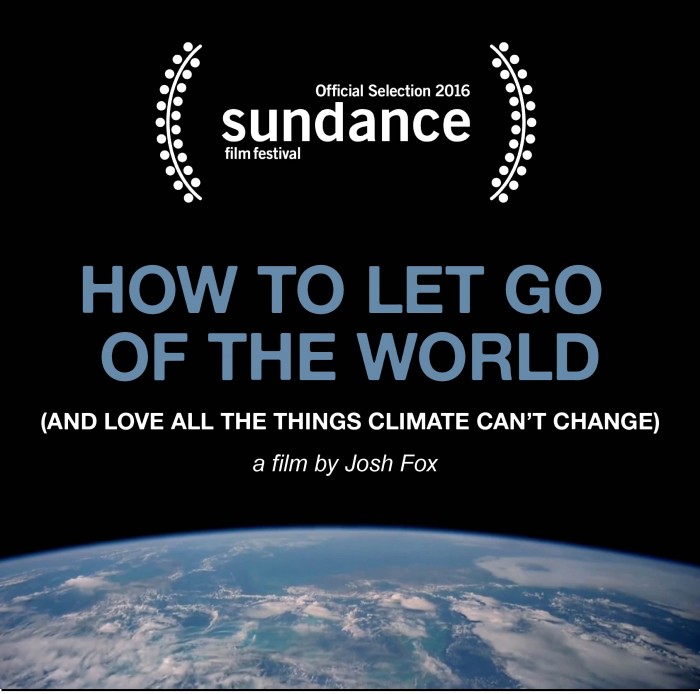