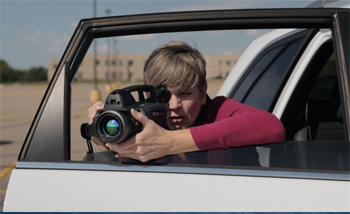 You think you can intimidate me? Screw you. Choose your weapon. ~Spitzer

I no longer own property on the Barnett Shale. Living in the gas patch was like living on the edge of a volcano so I gave up my beloved land and moved to Dallas where there is no drilling.

If you want to know how I became known as TXsharon and why industry tries to discredit me by calling me a “left-wing lunatic with a socialists agenda,” you can read about it here:
How I became a “Far Left Radical with a socialist agenda,” etc. And, yes, I’m a mineral owner.

In January 2010, I started working for Earthworks’ Oil and Gas Accountability Project on a very part-time basis. At that time I was the only person in Texas to get paid for helping Texans who are negatively effected by oil and gas development. We hope to make my position full-time soon. Update: In May 2011, I went to work full-time for Earthworks as their Texas and Gulf Region Organizer. June 2014, I completed the 20 hour course given by Infrared Training Center to receive my certification as an optical gas imaging thermographer. 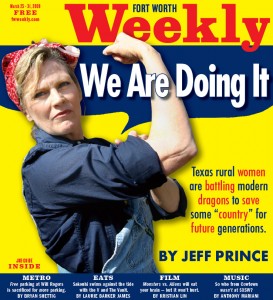 We Are Doing It Texas rural women are battling modern dragons to save some “country” for future generations.
Fort Worth Weekley, March 25, 2009, story and photos BY JEFF PRINCE

Evolution of a Rebel: Despite threats and abuse, Sharon Wilson has become a one-woman resource for the anti-fracking movement. Fort Worth Weekley, May 15, 2013.

A Texas Rebel’s Fight for Her Land: How a down-on-her-luck single mother in a ramshackle trailer reinvented herself as the bright, bold, unapologetically outrageous voice of the antifracking movement. More Magazine, September 2013.

In 2013, I briefed the NATO Parliamentary Assembly on A Grassroots Perspective on Unconventional Oil and Gas.

I’ve got Twitter figured out but Facebook just bewilders me. I made a Facebook (FB) page for my blog but I never could find it. Then one day I suddenly got on my blog’s FB page and I couldn’t find my other FB page. And, my blog FB page wanted me to friend myself. I finally got back on my other FB page but…it’s uncertain. I love the South Park episode of FB.

They talk while I imagine their slightly salted faces frying in a skillet. ~Francis Underwood