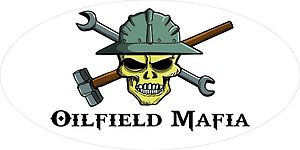 You might remember when I begged you to read the pleading in the Haney; Voyles; and Kiskadden versus Range Resources and others case. Well, that case is getting interesting.

As reported by the Marcellus Monitor: Range Resources Calls Subcontractor That Admitted Unreported Spill “Lying Bastards” – Suggests Fracking With Employees’ Bodies. This all has to do with a 21,000 gallon spill of flowback and the subsequent coverup.

Reading the Marcellus Monitor, I was reminded of DoodyGate where a Range Resources contractor dumped sewage in the City of Denton and Range senior VP, Rodney Waller, lied and assisted in the cover up.

Also keep in mind as this case goes forward that it appears Range VP operations, Mike Middlebrooks, lied under oath at a Texas Railroad Commission hearing.

This seems like a good time for another installment of…

Fun with depositions where Q = Albon Head and A = me.

NOTE: Methinks I’ll call this installment the “doth protest too much.”

Q. All right. Let’s look at Exhibit Number 4. Is that your product?

Q. Is the headline your product?

Q. What–what is a mafia-style tactic?

A. Well, Mafia is an organization or a group that exerts a lot of influence to get their way. It’s not–and Range uses psyops in neighborhoods, and some very aggressive methods to intimidate people. And so, I considered putting a SLAPP suit on landowners as a pretty severe way of intimidating someone.

Q. Are you talking about the Lipskys?

Q. Okay. So–but you said Mafia. The Mafia is an organization that exerts influence?

Q. But–but, Ms. Wilson, the Mafia is the word for a well-known criminal organization, isn’t it?

Q. That’s what you meant by calling them the mafia?

A. Right. And I’m not the first or only person to say that.

I interrupt this deposition transcript to bring you this note:

Fracking Mafia gear is available at OilFieldMafia a Limited Liability Corporation registered with the State of Texas. 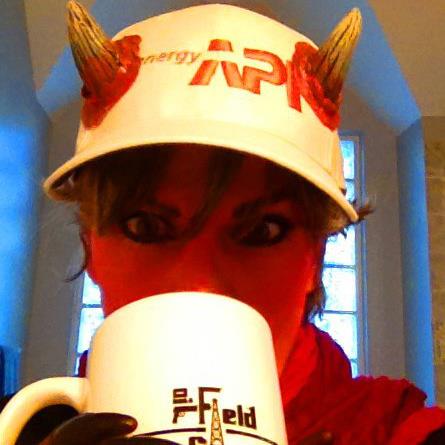 Now back to the deposition transcript:

Q. You don’t consider calling a person or organization the Mafia defamatory?

And then there is a whole bunch of stuff that has to do with psychopaths. (Did you ever read the Forbes article: Why (Some) Psycopaths Make Great CEOs? ) And then a whole bunch of other stuff that is unrelated to the Lipsky case. And then we talk about “gasholes,” which might be my favorite part of the whole deposition. Keep in mind this whole exchange has to do with me using the term gasholes.

Q. Does everyone in the–that reads your blog know that when you refer to gasholes, you’re talking about the whole industry?

A. I don’t use that term, gasholes, anymore. But–

A. That’s a general statement in response to the previous comment.

Q. Okay. About the pathway?

Q. That–and the pathway has to do with the Range and Lipsky matter, correct?

A. But the second part of the sentence–

A. The pathway in this sentence has to do with Range–

A. –proving their pathway.

“The EPA has the authority to say the gasholes have to prove the pathway. YAY!”

Q. –back from Range to the industry as a whole, correct?

A. Right. I’m using the Range case to illustrate my point that industry needs to bear the burden of proof.

Q. All right. So you’re not concerned about making a defamatory comment about Range?

A. I don’t believe I’ve made a defamatory comment about Range.

Q. Okay. So when you say “gasholes,” you’re not talking about anybody at Range.

A. It’s–it’s a common term used for the industry. [Gasholes, a movie]

Q. All right. Look at the next page then in the second full paragraph. Do you see where you say, “And I’m still laughing about Range and their reputation.” Do you see that?

Q. What do you mean, “laughing about Range and their reputation?”

A. Well, because Range doesn’t have a very good reputation with landowners.

Q. Okay. The ones you deal with, anyway?

Q. You don’t deal with all the landowners that have production by Range, do you?

Q. Okay. The next sentence, you say, “That’s just precious.” And then you say, “Maybe if they”–and you were talking about Range here, correct?

Q. What is that–what does gashole mean?

A. That’s a general statement.

Q. –maybe if they hadn’t–if they actually treated people fairly, maybe. But that’s not the case. Range is just a smidgen about Aruba.”

Q. What does that mean…”Range is just a smidgen about?”

Q. So you have a bad feeling about Aruba Petroleum?

A. They’ve been a pretty bad operator in our area.

Q. So you put–you put Range just a smidgen above them, correct?

A. Maybe not. Maybe on par.

But that’s what I said there.

So, there you have it, Dear Readers. Through skillful cross examination, Albon Head got me to admit that in one instance on my blog I called Range Resources gasholes.

And my attorney’s comment walking out of the building, “Oh, I hope they sue you for calling them gasholes.” <laughter>