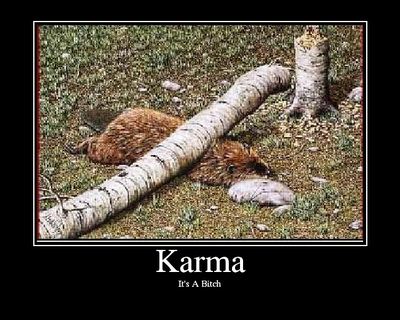 I’m not an attorney. Regardless, this is one impressive pleading and I don’t see any way out of this for Range Resources.  I am begging you to read this pleading.

If I remember correctly, fraud means the plaintiffs get treble damages. Is that right? I’m pretty sure it is.

I can’t wait to see what Pitz comes up with for this one.

Let’s see what the news says…

In this article, Dear Readers, I want you to pay close attention to the following statement by Matt Pitzarella, Director of Corporate Communications and Public Affairs at Range Resources

“They very carefully string together a series of incidents — some of them real, and some of them not — to craft a series of conclusions that in many cases have already been debunked by the state,” he said

Is this Karma at work again? If I remember correctly, Range Resources is trying to include me in their fantasy about a conspiracy to defame their fine reputation as an excellent driller. And in their effort they carefully string together a series of incidents–like a photo of me with a government official and an email–to craft a series of conclusions that amount to nothing. Whoops!

After reading the pleading, I’m certain that Pitzarella’s statement is not true in this case but it is certainly true in the reverse when you consider the totally manufactured motion to compel in the subpoena Range sent to me. But this is not about me. This is just more proof that Range Resources does not have the good reputation they claim.

Range, which has attempted to foster a friendly, folksy, corporate image in commercials and ads featuring regular rural residents and leaseholders, has maintained for years that its Yeager operations, which include one “fracked” well and two drilled wells, condensate tanks, the flowback fluids impoundment and drill cuttings pit, have not contaminated groundwater.

But full and complete test results subpoenaed from Range but never revealed to residents near the Yeager well site show that chemical contaminants similar to those found in the fracking flowback impoundment and the drill cuttings pit were also found in water samples from wells and springs.

Range showed or sent to the plaintiffs and the DEP less detailed test reports that showed many chemical contaminants were “not detected” in the water samples, but, the lawsuit says, omitted results for others, including several semi-volatile organic compounds that were present in the groundwater samples and the company’s impoundment and pit, and that showed the water was contaminated.

Because they relied on the test reports, the plaintiffs — Stacey, Harley and Paige Haney; Beth, John and Ashley Voyles; and Loren and Grace Kiskadden — continued to drink, cook and bathe in the contaminated water.