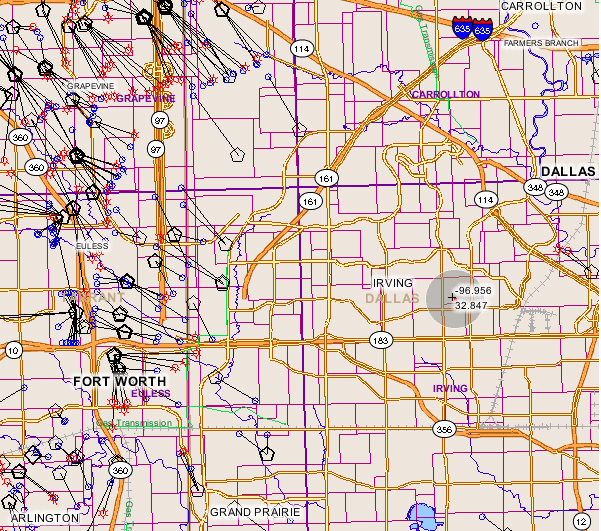 According to the preliminary report, the quake area is marked with a gray circle on the map below.

Industry will say fracking doesn’t cause earthquakes but that’s bull. See the FAQ section for more information on drilling induced earthquakes and note the Schlumberger study: Seismicity in the Oil Field.

I’m in Port Aransas and will drive home tomorrow through the Eagle Ford Shale Hell on earth.

From my FAQ section on Earthquakes.