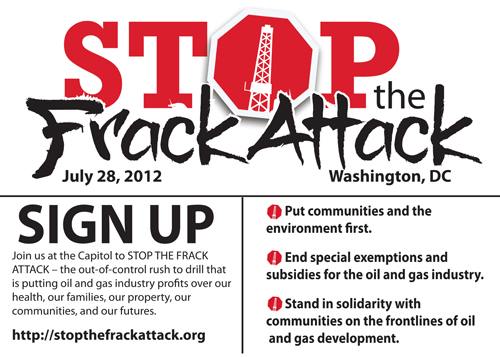 UPDATE: Here is a radio update on Dustin’s death.

How is it that in this “information age” people are not informed about the dangers of hydrocarbon gases? It’s not like there haven’t been blog posts and media reports about the impacts of hydrocarbon vapors. Even with the disinformation and the industry PR spin misters the truth is well known and certainly state and federal regulators should know the risks.

How is it then that pollution from Bakken wells caught “everyone” by surprise?

Bakken pollution catches everyone by surprise

A new source of pollution is escaping from all Bakken oil sites and regulators and operators are trying to figure out how much and what to do about it.

Lynn Helms, director of the state’s Department of Mineral Resources, said the Bakken-only situation does have serious environmental implications.

So this 21-year-old man, father of a 7-week-old infant, died at a Marathon Oil well site…

Private autopsy performed after oil well death
January 16, 2012 3:37 pm
An attorney for the family of a 21-year-old Montana man who was found dead Jan. 7 at a Marathon Oil well in northwestern Dunn County said a second, private autopsy was conducted Friday as part of an investigation into the man’s death.

Paula Jossart, an attorney with the Bremseth Law Firm in Minneapolis, said the firm is representing the mother, fiancee and 7-week-old child of Dustin Bergsing, who was found dead by a co-worker not long after midnight.

Dunn County Sheriff Don Rockvoy and Marathon Oil said Bergsing’s death was not caused by a well incident and Rockvoy said the presence of hydrogen sulfide gas was ruled out as cause of death.

The North Dakota Medical Examiner’s office said its autopsy results will take a month or more of analysis before any determination can be made on the cause of death.

Bergsing was employed by Across Big Sky Flow Testing, of Dickinson. Jossart said he was living alone in a trailer at the well site where he died.

She said the trailer has since been moved from the well, before the firm could do its own investigation there.

Flowback vapors are what were sickening Arlington residents but Chesapeake Energy assured us it was only steam from hot water. (photos and video HERE)

Flowback vapors are what Colleyville/Southlake residents tested but the city’s consultant claimed there were no harmful vapors during the mini frack.

As the autopsy found, “Dustin Bergsing died of hydrocarbon poisoning due to inhalation of petroleum vapors, according to the death certificate from the North Dakota state forensic examiner.”

And we are so surprised to learn that the industry testing found nothing.

“Our analysis and testing of the location following the incident indicated no apparent equipment malfunctions or other abnormalities. We will be further studying the findings of the forensic examiner. We take this very seriously. Our commitment to safety is our top priority, and no injury or loss of life is acceptable. Our thoughts are with the family.”

The Argyle Central Facility, operated by Williams, has several flowback tanks that are supposed to be temporary. These tanks regularly release vapors into the neighborhood. Family have evacuated with their children and pets when the vapors became overwhelming. The TCEQ has refused to take any action.

Stop the Frack Attack. Are you ready to join us now?

UPDATE: If anyone finds out more information, please post it in the comments. Hydrocarbon vapors at all stages of fracking and production can be deadly. It would be helpful to know exactly which hydrocarbons and at what stage killed this young man but like many things to do with this industry we will probably never know.