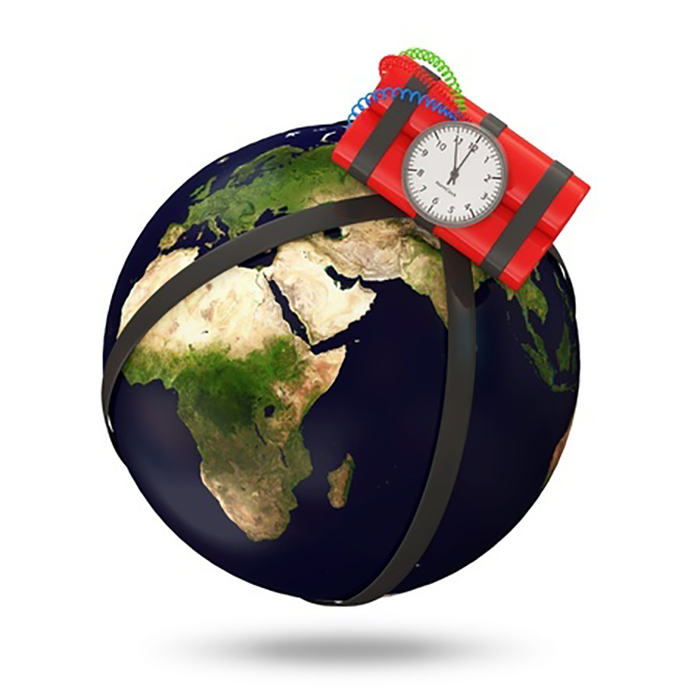 When children are very young, their parents are like god.

That doesn’t last long. As children grow up, they start to question. If you are a smart parent, you support the questioning, admit when you are wrong, and apologize often.

My youngest son is 21-years old so he stopped taking my word for things years ago. He questions everything because that’s how I taught him, and he makes up his mind after reading peer-reviewed studies.

This is what he said to me last night: “In my life, I’m going to suffer a lot.”

I could have said something to try to make him feel better but I would be lying and he would know it. So I just looked at him and said nothing.

I didn’t sleep much last night and I’m damn cranky today. It’s doesn’t have to be this way. We can do something right now to slow climate change almost immediately. But the oil and gas industry and fracking owns America and taking her back won’t be easy. It will take sustained, intense effort. 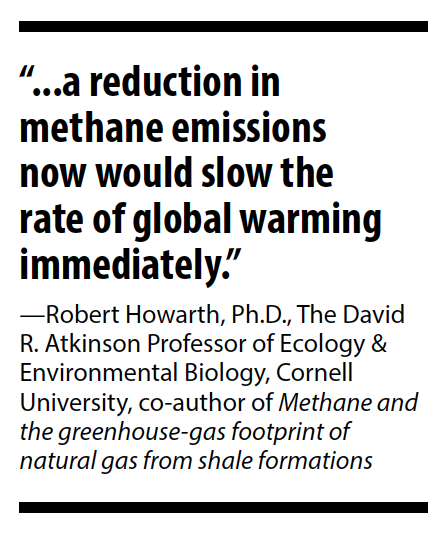 This is because methane is more powerful at warming the planet than CO2.

The IPCC now states that methane is 86-times more powerful at warming the planet than CO2 over a 20-year period with (carbon feedback).  (Chapter 8, Table 8.7 on page 8-58)

It might seem like a reasonable request to ask the oil and gas industry to cut their emissions for the sake of our children’s future. But the oil and gas industry is anything but reasonable. They knew for years their activities were causing climate change but spent millions on a disinformation campaign. AND, over the years, I have come to believe that they can’t keep the methane from blasting into the atmosphere even when they try.

In California an unimaginable amount of methane is spewing into the air and the industry doesn’t know how to stop it. Here’s a summary of what went wrong:

The well had a sub-surface safety valve but “The records indicated that it had not been inspected since 1976.” Maybe that’s because the valve wasn’t there…”We removed that valve in 1979,” They removed it because it was old and they decided not to replace it. That’s how the oil and gas industry rolls. Cut corners and save money any way you can.
AND
There are over 100 storage wells at this facility. “Many other wells are just as old, or older, and according to SoCalGas they also lack sub-surface safety valves. If one of them were to crack, this disaster could easily happen again.”

This leak has been ongoing for several months and the only chance to stop it will take several more months and drilling 8000 feet hoping to hit a 7-inch target. The court has order SoCalGas to evacuate 5000 residents and pay $8500/mo for each household. That will rack up at least $1 billion before the leak is even plugged.

There are hundreds of these natural gas storage wells all over the U.S. One could be near you.

We also must deal with the allowable methane emission events.

When a tank thief hatch is opened for liquids unloading or thieving, the methane and VOCs blast out. This can happen many times during the day and night from hundreds of thousands of oil and gas facilities all across the U.S. These emission are not covered under the new EPA methane rules.

These are only two examples. There are endless others.

We have to stop building natural gas infrastructure. Methane leaks from all of it, at every stage.

Natural gas is worse for climate than coal

For at least a decade, we have heard how clean natural gas is. Industry says that and people have generally accepted it because natural gas is cleaner burning than coal but it still pollutes. Here is the big problem with natural gas.

No parent wants to know that their child will suffer. It’s even worse when your child knows they will suffer. But it doesn’t have to be this way. What are you willing to do to prevent your children’s suffering?

I promised my son that I was going to do everything possible to change his bleak prediction.

How much are you willing to do?

Can we depend on you?

You don’t have much time to decide. 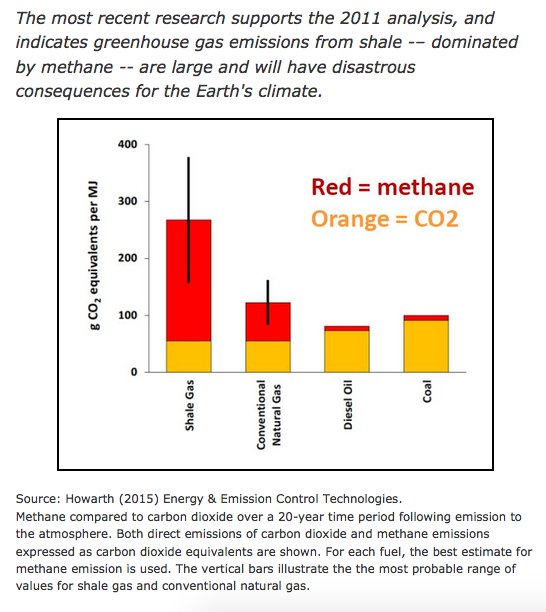 Update 3-2-2019 with new information and ways you can help: I wrote this blog post in 2015. Sadly we are still headed in the wrong direction.

In 2014, I was ITC certified as an optical gas imaging (OGI) thermographer. In 5yrs, I have conducted over 1,000 individual investigations in over 15 U.S. states and 2 foreign countries using a FLIR GF320 camera. Visit Earthworks’ YouTube channel to see some of the videos I have taken and our Community Empowerment Project for more information.

New research from a NASA led study released in 2018 found:

The IPCC says that we “have 12 years to avoid climate change catastrophe,” but that was last year so now  we have 11 years to become net zero carbon emissions. That won’t be easy but it is possible because there are plans and solutions at  The Solutions Project. Follow Professor Mark Jacobson on Twitter @mzjacobson

The biggest obstacle we have right now is the Permian Basin boom in Texas and New Mexico. Keep watching Zach Toombs @zachtoombs for information on release of a new documentary, Blowout, from Newsy, Texas Tribune, Center for Public Integrity, and AP. It looks at the fossil fuel’s climate change impact by following the fracking boom from the west Texas Permian all the way to Asia. The most excellent written portion of the Blowout project is HERE, READ IT

The three most important things you can do are: 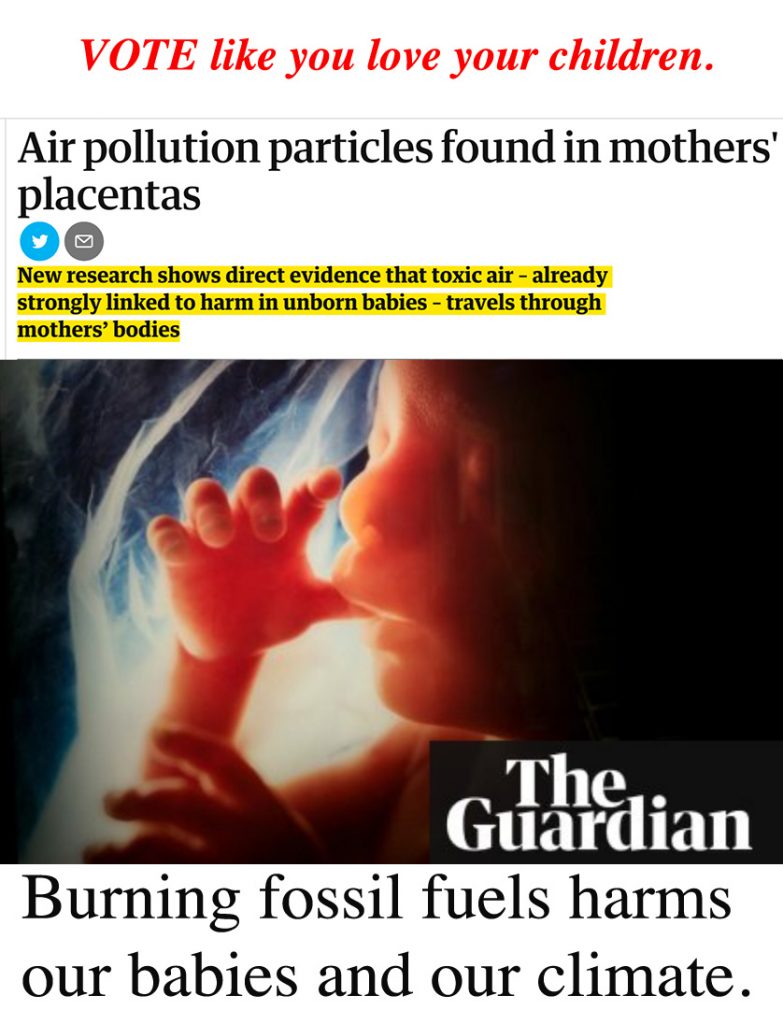