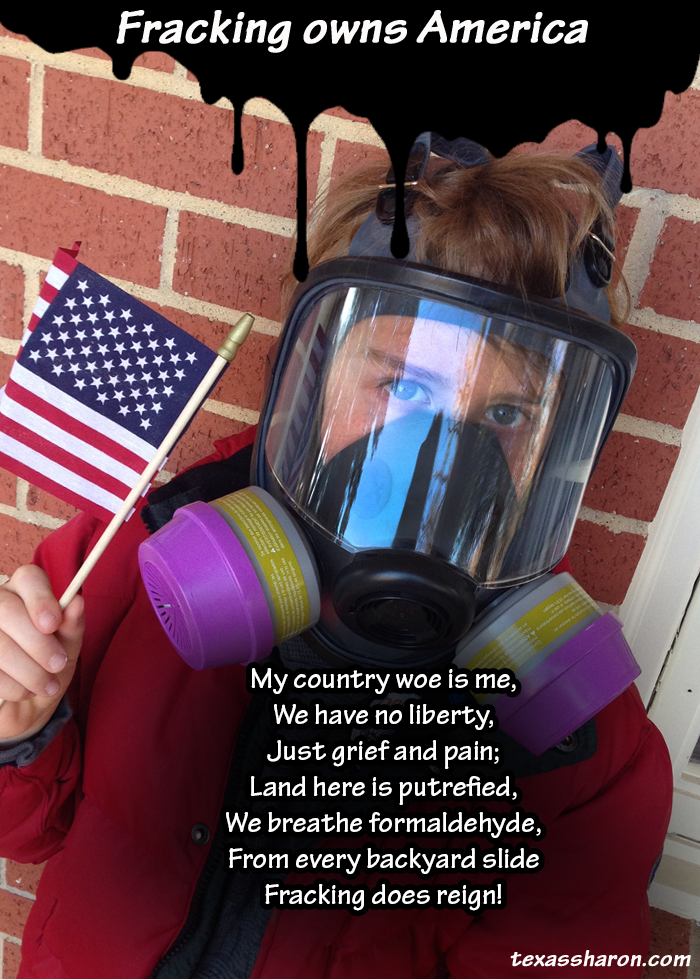 Fracking influence controls the American government. From the federal level to the state level, fracking owns America and controls any science that might condemn their practices. Local government is the only hope families have of protection but there is an aggressive plan to take control of our local governments too. Questions about the safety of our water and air our health and our planet are at the mercy of academic scientists who are not immune to fracking influence and intimidation.

The EPA is the top environmental enforcement agency in the U.S. but they cannot force frackers to cooperate with a study to find out what American water drinkers already know: fracking is poisoning our water.

The comprehensive study that started five years ago to determine if fracking contaminates water will not answer the question.

“We won’t know anything more in terms of real data than we did five years ago,” said Geoffrey Thyne, a geochemist and a member of the EPA’s 2011 Science Advisory Board, a group of independent scientists who reviewed the draft plan of the study.  “This was supposed to be the gold standard. But they went through a long bureaucratic process of trying to develop a study that is not going to produce a meaningful result.”
Can Fracking Pollute Drinking Water? Don’t Ask the EPA

Industry influence has tainted the process and the frackers have refused to cooperate. Initially, Chesapeake and Range Resources were the only two frackers who volunteered for the study.

Range Resources promised cooperation for a “get out of jail free” card then reneged on the deal.

In early 2012, the EPA entered into a “non-binding” agreement with Range Resources to participate in a prospective study, as part of deal to drop legal action against Range for allegedly contaminating homeowners’ drinking water in Parker County, Texas, according to a 2013 EPA Inspector General report. That study also was not undertaken. The legal action was not reinstated.
Can Fracking Pollute Drinking Water? Don’t Ask the EPA

Chesapeake used bait and switch and passive aggression to avoid participation in the study.

This is not the first time frackers have killed science about water contamination.

When water in Garfield County was contaminated by oil and gas, industry squelched scientific proof.

In December 2010 the County Manager told me the County government would be reorganized and the Oil and Gas Department would be dissolved.  I lost my position as a department head and would now report to a person who acted as if directed to prioritize industry interests before the public interest.
A case study in how industry influence squelches the science of gas drilling impacts

Sometimes when academic scientists do their job, they lose their job.

But, it’s not just water contamination…

Geologist not allowed “to say certain things” about fracking earthquakes.

When the Oklahoma Geological Survey (OGS) did cautiously agree with other scientists about such a link, emails obtained by EnergyWire show the state seismologist was called into meetings with his boss, University of Oklahoma President David Boren, and oil executives “concerned” about the acknowledgement.

One of the oilmen was Continental Resources Chairman Harold Hamm, a leading donor to the university.
Okla. agency linked quakes to oil in 2010, but kept mum amid industry pressure

Update: The EPA wants to study Texas Earthquakes but they can’t because they can’t get the data required.

So the EPA team requested daily injection data for the disposal well that is still in operation. The request was made to state oil and gas regulators, The Railroad Commission of Texas, in January, after quakes above 3.0 began shaking the Dallas region.

Dellinger says the Railroad Commission has not yet shared any data. When asked if he knew why the commission had not passed the data along, he said, “No.”

For more information on how fracking owns America: