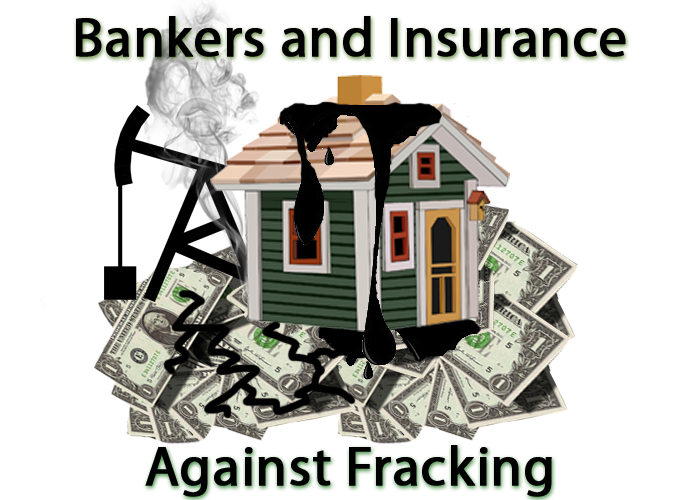 Will these be our new allies: Bankers and Insurance Companies Against Fracking? It could happen.

We’ve covered this topic before many times. If you need to catch up, read this NY Times article: Rush to Drill for Natural Gas Creates Conflicts With Mortgages and the accompanying documents.

At the Intersection of Wall Street and Main: Impacts of Hydraulic Fracturing on Residential Property Interests, Risk Allocation, and Implications for the Secondary Mortgage Market. A few of the many interesting points:

Industry is working hard to convince the public that fracking, a heavy industrial mining process, in neighborhoods does not diminish property values. They want to hide the truth but Halliburton failed to nix property loss in a recent court case.

Accidents are a risk to home values and to public health and safety. Recently there were blowouts in Arlington and Denton.  Lightning struck a Denton neighborhood gas well causing it to blow up and burn for hours.

Even Oklahoma fracking operators admit the risk of having neighbors too close.

Texas bankers and operators lag behind.

Texas bankers lag behind other states in realizing fracking is not good for their investments nor safe for neighborhood children.

Builders are building homes right next to and only feet from existing wells.

In Grand Prairie, homes are being built right on top of a (maybe) plugged gas well and abandoned frack pond.

The unsubstantiated rumor is: A resident who bought one of the DR Horton homes in Denton off Vintage Blvd. said his home was $6000 less than homes further away from the gas well. He was told there is no threat from the well because additional fracking was banned in Denton. He was not fully informed about about VOC air pollution exposures, lightning strikes, work overs and repairs or all the many additional impacts. He recently learned that the state overturned the ban.

Mansfield builders are also building new homes right next to existing wells. It is reported by a resident that in some cases, there are only 56′ from pad site wall to the back of homes. 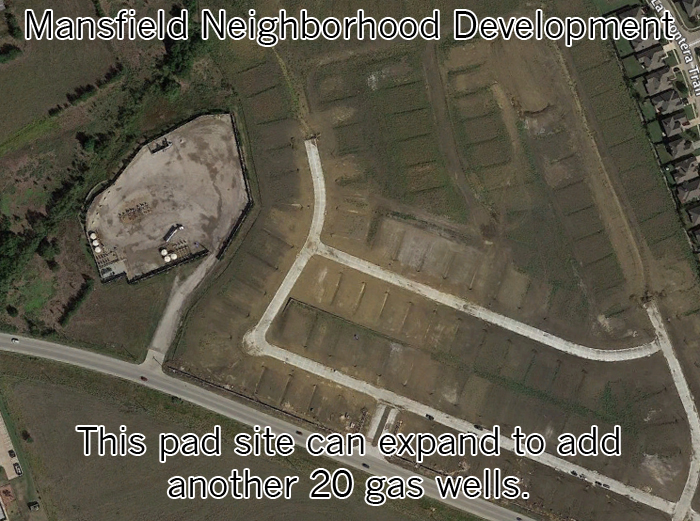 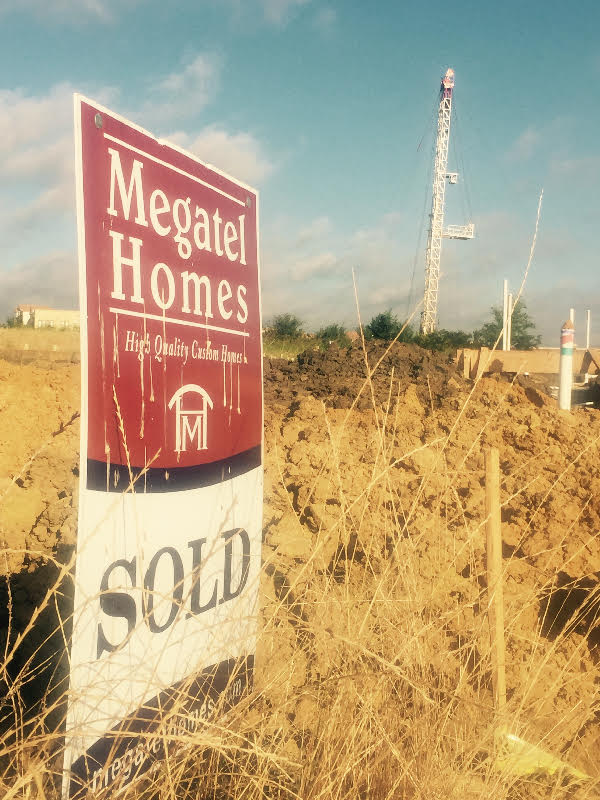 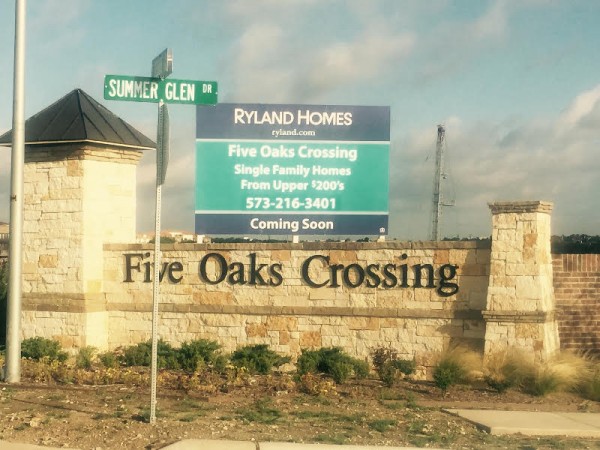 I doubt they were told that Mansfield air is not safe to breathe.

I wonder what kind of liability cities have in allowing this to happen at all, much less without assuring buyers are given full disclosure.

Insurance coverage for fracking is complicated. Homeowners insurance won’t likely cover it. If you signed a lease, you need business insurance to cover liability. It’s all complicated. Here is a comprehensive analysis: Homeowners and Gas Drilling Leases: Boon or Bust? By Elizabeth Radow

This article caught my attention: Fracking, Earthquakes and Insurance: A Collision Course? Operators admit in their quarterly reports that they do not have sufficient insurance coverage for all the risks. But it seems lawsuits for damage could push insurance companies over the edge.