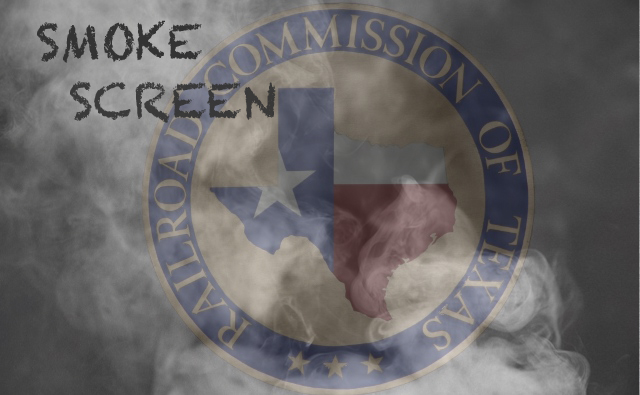 What’s undisputable, however, is a new reality for Texans. They need to understand that “some parts of Texas are in earthquake country now,” Mark Peterson, chief of the USGS National Seismic Hazard Modeling Project, told the Dallas Morning News. Source

Some people (generally those who don’t live near it) love fracking. Everyone hates frackquakes. This fact creates a big problem for industry and their PR flacks.

Industry and Fracking’s Joe Camel, are desperate to keep people and the media from connecting fracking with frackquakes. Their reasoning is similar to this: Guns don’t kill people, bullets do. 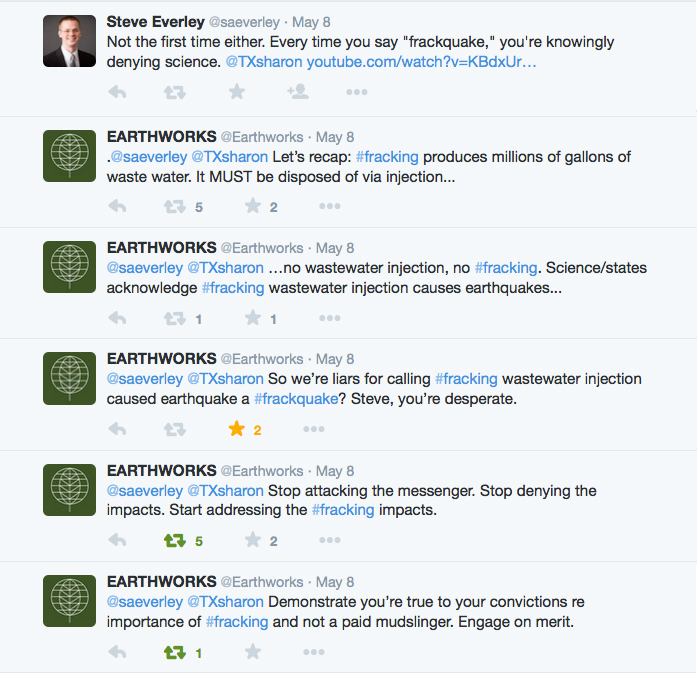 Even scientists who support fracking because they get money from industry know frackquakes follow fracking and one frackquake leads to more and likely bigger frackquakes.

I don’t believe that one thing always leads to another. Sometimes a kiss is just a kiss. But fracking leads to massive amounts of waste that requires disposal which leads to frackquakes. There are important laws in the natural world.

Friday the internets were buzzing with photos of Commissioner Ryan Sitton in a hardhat doing well inspections in Mansfield. These inspections were in response to concern about well casing integrity following the M40 frackquake in Venus and near Mansfield.

The Dallas Morning News wrote this on thescoopblog:

Meanwhile the Railroad Commission of Texas is out inspecting gas wells to make sure last night’s quake didn’t damage them.

Railroad commissioner Ryan Sitton and four crews from the RCT are inspecting wells in the vicinity of last night’s quake. The primary goal is to check for damage. “Everything appears to be in fantastic shape,” Sitton says. “Everything looks perfect.”

We don’t expect thorough reporting on the scoopblog like we do in a regular news story. But, had they inquired about the extent of the inspection program and how long it would take, it might have reduced my email load.

Excerpt from one such email:

I smell photo op bullshit.They would have to inspect 100’s of wells from the epicenter radius to get to Mansfield’s wells — it would take a week. They probably hit just a few for photos and then went over to shake hands with Lindsay.

No worries #txlege. See how we’re inspecting shit in this pic! “Is it leaking Bob?” Bob taps gauge… Okay, let’s go to Hooters.

M4.0 is a magic number for frackquakes. Even the skeptics agree that frackquakes of this magnitude can cause structural damage. There are about 20,000 wells in North Texas with cement casing that is subject to structural damage. Only last year did the Railroad Commission make a new casing rule that requires a whole, entire 3/4″ of cement to protect our water in the upper part of the well. The lower part is a whole, entire 1/2″.

Unless they check pressure on all the wells this is nothing but a frackquakes smoke screen stunt provided by the  Railroad Commission.

The hopefuls also sent me email with subjects like: They are shutting down injection wells!!! And injection wells to be shut down!!! They included a link to a news article titled: Disposal well operators near quake to stop operations. Update with another misleading headline.

USGS regarding the M4.0 frackquake.

“I’m not at all surprised to read about an event of that magnitude occurring,” said Art McGarr, a USGS seismologist in Menlo Park, Calif. “That area has had quite a few induced earthquakes. There are a lot of wastewater disposal wells near there that have been injecting quite substantial amounts of wastewater from unconventional energy production.” Source