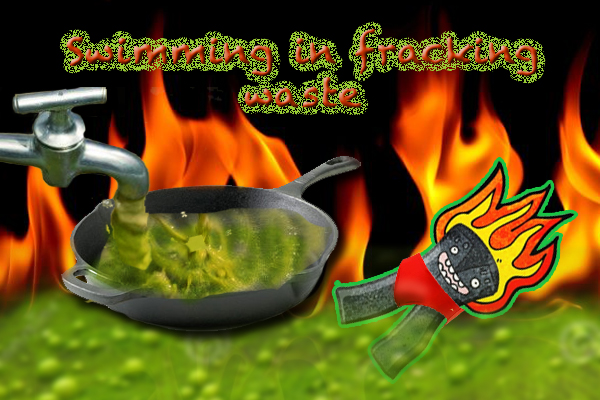 Fracking waste has to go somewhere and the shale boom is creating massive amounts of fracking waste. I know you are tired of all the frackquakes caused by injecting fracking waste. Injection has activated dormant faults causing earthquakes in eight states and Texas is one of the lucky states experiencing induced earthquakes.

I know you won’t like it but this is the reality so please don’t shoot the messenger.

All this fracking waste has to go someplace. But where?

Here are some options for dealing with fracking waste. Let me know which option works best for your neighborhood.

Impoundment pits are an option industry favors. They can store the fluids in these pits and reuse it on other frack jobs. But they can only reuse the fluid a couple of times. After that it will remain in the pit until it evaporates or they will injection it into a disposal well.

Impoundment pits have not worked out too well. The volatile organic compounds off-gas into the air making the neighbors sick and degrading air quality. They also leak and contaminate groundwater. 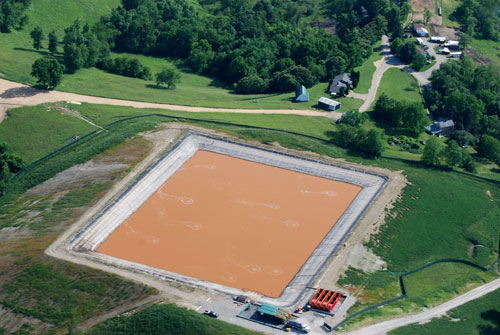 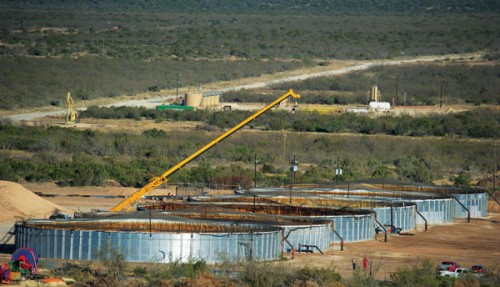 How about one of these nice recycling centers?

One community is learning the hard way about the realities of recycling fracking waste.

Here’s another kind of recycle center. 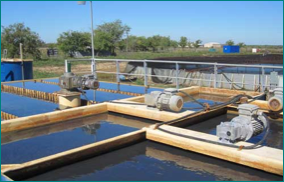 This is the Fountain Quail recycling center. But I’m not sure they are still operating. Recycling is more expensive for operators so they won’t do this unless it is mandated. With low prices and a corrupt legislature, this is not a viable option right now.

A friend who toured a Fountain Quail facility said there were horrible emissions and spill and leaks everywhere. 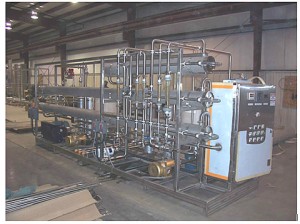 Last but not least are the portable desal units. I think these would be the best option.

None of the above matters at this point because the Texas Railroad Commission has no intention of doing away with injection wells. I just wanted you to know that there are no good options for handling the fracking waste other that not creating it.