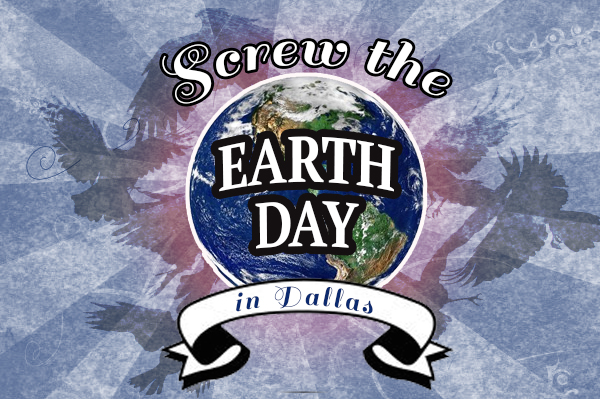 Can this be real? I have a flyer for Earth Day Texas 2015 and it lists the following speakers:

With Dallas now in ‘SEVERE’ non-attainment for ozone, we need an Earth Day Texas 2015 that is truly about the Earth and clean air and a healthy environment.

I think this “Screw Earth Day Texas” must be a cruel joke. I hope the real Earth Day will soon appear because this joke is killing me.

Update: I changed it to Earth Day Texas 2015 because that’s the name. It’s just held in Dallas.