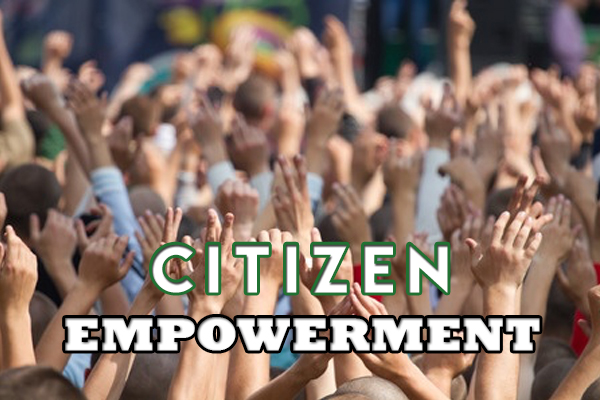 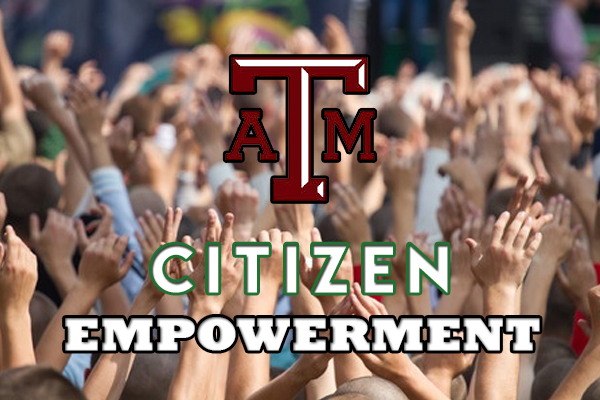 The January 22nd College Station City Council meeting looked awfully familiar to me. Citizen after citizen spoke during the hearing on the proposed ordinance for drilling. They were well informed. They asked for a more protective setback, air monitoring and many of the same safety measures Denton residents requested for five years prior to voting for a ban on fracking. Like what happened in Denton, the College Station Council listened more to the industry speakers as they denied known impacts and threatened lawsuits if their activities were restricted.  The council passed a weak ordinance with only a 600′ setback from homes. Denton was forced to vote for a ban on hydraulic fracturing after getting no help at the state or local level.

College Station is on the northern end of the Eagle Ford Shale. Last week, I took the FLIR camera to help empower the good people in Aggie Land with proof that they already have fracking air pollution. As you will see from the videos, a 600′ setback is not adequate to keep this fracking air pollution out of people’s yards and homes.

I like going to College Station because my son when to school there so it’s familiar, and Blue Baker.

After the videos, I will share a funny story about something that happened while I was there.

Petroleum vapors, or fracking air pollution can be lethal.

The first video shows fracking air pollution from flowback from an Apache site on Leonard Rd. in Bryan. Flowback is what comes back up the hole after fracking. Here’s what’s in it:

Flowback is so volatile the tanks will explode unless the fumes are vented. But there are flowback tanks that come with an incinerator that burns the dangerous air pollution, which is still not ideal but much better than venting.

The new generation flowback tank provides the ability to flare gas during flowback or cleanout operations. It is equipped with a dual inlet with erosion plates for extreme service applications. This tank is ideal for residential or restricted areas of operation.

Industry will not use these newer tanks unless they are mandated. In shale gas areas, operators are required–effective 2015 by EPA rules–to capture this fracking air pollution. Unfortunately those rules do not apply to the shale oil produced in the Eagle Ford Shale.

Three workers recently died from breathing petroleum fumes during flowback. Yet these tanks are allowed in our neighborhoods where our children play and sleep. In College Station, they will be allowed only 600′ from homes. When people complain that the petroleum fumes make them sick, industry denies there is a problem rather than fixing it.

What’s in that fracking air pollution.

The second and third videos are another Apache site. Apache is a frequent offender in the College Station area. These were taken at the Grant 1H-4H Unit on Leonard Road in Bryan.

It was a dark, rainy day and there is not much contrast in the video. Look along the top of the tanks for movement of a slightly lighter grey. The plume was a big one but, unfortunately, it doesn’t show up in the video.

In this video, again look for movement. There wasn’t much wind so some of the fracking air pollution stayed very low. Watch at the end of the tanks and you will see some that look like shadows. Again watch along the top of the tanks for more air pollution.

You might be wondering what could be in those emissions or fracking air pollution. You can see some air test results from wells in Wise County HERE. The gases detected by the FLIR GF 320 camera are listed HERE. Note: Benzene, Toluene, Ethylbenzene, Xylene and other scary stuff.

The camera only shows us the invisible fracking air pollution, it doesn’t tell you which gases or how much of the gases are in the pollution. To find out exactly what’s in it and how much, we need additional equipment that I might bring next time I’m in the area.

Methane is a powerful greenhouse gas.

According to the Intergovernmental Panel on Climate Change, methane is 86 times as potent as carbon dioxide over a 20-year time scale. And we already have way too much methane in our atmosphere.

There’s a lot of methane coming out of that open hole in this fourth video! This is an Enervest workover rig. A workover rig can be doing many different things so I don’t know what is happening here other than a huge gas release.

The fifth video appears to be gases being vented from the gas buster at a Patterson Petroleum lease. The operator should have the gas buster attached to an incinerator instead of allowing the gases to vent to the atmosphere. They won’t do that unless it’s mandated though. To learn more about the gas buster and watch a video of an Enervest rig venting in Denton, click HERE.

The sixth video is another Apache site. Again the fracking air pollution stayed low because there was no wind. Watch the top of the tanks toward the right.

Now for that funny I promised. There was a reporter with is while we were on Leonard Road in Apache land. The industry thinks they own the whole wide-world and they hate people coming around with cameras, especially FLIR cameras. An Apache employee drove by us a couple of times then stopped and stared. He must have been taking down license numbers. The reporter and camera man were in a small SUV that had no markings showing their station. But Apache was able to trace the license number and have their PR firm send the reporter an email.

The email let the reporter know that Apache knew we were there using a FLIR camera. It warned the reporter that the camera should not be calibrated to show emissions that aren’t there. So, of course the reporter asked me about that.

Well, people, I had to laugh. The camera sees what it sees. There is no way to force the camera to see emissions that aren’t there. But nice try, Apache.

I’m a certified Optical Gas Imaging Thermographer. I have the same certification the industry and TCEQ has.

The people in College Station are wonderful and motivated. And Blue Baker. 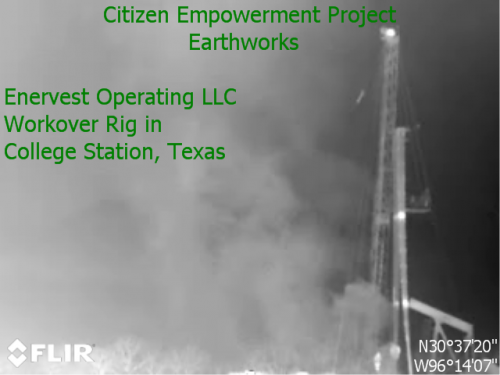