The earthquake in Irving this morning was M3.5 and I’m sure that left some cracks in concrete and masonry. Check your foundations and walls, people. Take pictures and document the condition.

See the Event Page and please make a report if you felt it.

Also in recent frackquake news, seismologists announced that the massive spike in Oklahoma earthquakes may be due to fracking.

Oklahoma typically had one to three earthquakes of magnitude 3.0 or greater annually from 1975 until 2008, according to the U.S. Geological Survey. Last year, the state had 564, far more than any other state except Alaska, as this chart shows. Nineteen of those were of at least magnitude 4.0, which is the point at which earthquakes begin to cause damage.

And a scientific study determined that Fracking caused earthquakes in Ohio.

No earthquakes were ever recorded in this region of Ohio before fracking started, and the shaking stopped after the well was shut down, said lead study author Robert Skoumal, a graduate student in seismology at Miami University in Ohio. Skoumal and other Miami University researchers identified 77 earthquakes with magnitudes ranging from 1 to 3 that occurred from March 4 to 12.

They were fracking near an “unknown” fault. That’s the problem with fracking: the unknowns. And then there are also the knowns.

For all the rock solid (ha) information you need to know about why Texas is suddenly experiencing earthquakes see: Dear Irving? About those earthquakes. 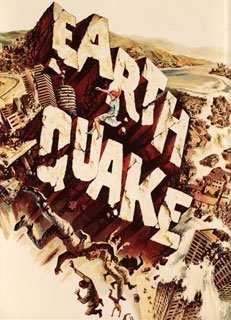 Update: Just in from an Irving resident, the biggest quake yet happened a few minutes ago (before 4:00 PM). Updating the update: M3.6 Event Page

Update 2: This afternoon there was also a M3.5 earthquake in Snyder Event Page. For more information on Snyder area earthquakes see: CO2 injection for enhanced recovery from shale oil and gas wells has led to 48 earthquakes in Snyder,Texas.

Update 3: There have been 5 earthquakes in Texas today–so far. Four were in Irving (for a total of 20 since November) and one in West Texas. Event Page for M2.9 quake in Irving this evening. And one homeowner has reported damage.

Remember this: Science has not established a maximum distance over which injection can induce earthquakes.

Update 5: Recent news reports that I want to keep up with.

Here Are 9 Studies Linking Quakes and Drilling Activity in Texas

The number of recorded earthquakes (most larger than 3.0) has increased tenfold since a drilling boom began several years ago. The Lone Star State is now one of the shakiest in the country, coming in sixth in the continuous U.S. for having larger quakes last year, according to EnergyWire.

National Geographic? Are Oil and Gas Industries Behind the Rare Texas Earthquakes?

Earthquakes in the area had been virtually unknown until relatively recently. “If we go back prior to October of 2008, the historical record indicates there might have been one earthquake in 1950, but that was about it,” says Stump.

The Dallas–Fort Worth Earthquake Sequence: October 2008 through May 2009

Interesting theory about what’s happening with the Balcones Fault.