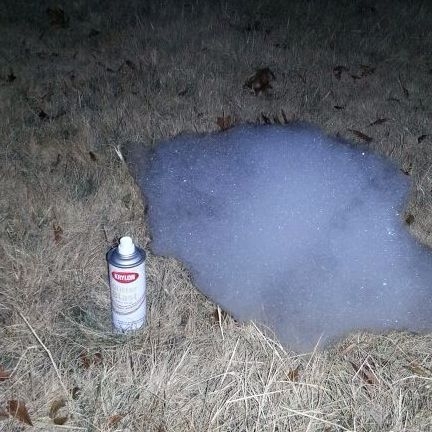 Update: Fracking soap is hazardous to your health

If you ever wonder how people who live near fracking spend their holidays, here is one example:

People in Mansfield, Texas near the EagleRidge Energy natural gas wells reported that their yards where covered in foam and foam was hanging from some of the area trees. The foam also covered the playground and play equipment in the park and was seen floating on the pond.

This is where the picture of the hazardous Mansfield foam resided.

I received a request from a Mansfield resident who claims

to be the owner of the foam photo.

Anywho, I don’t want to upset the lady because being showered with

hazardous foam is upsetting enough, so I removed it.

Some of the wells at this site were fracked about three weeks ago and others are older wells. When another workover rig appeared at the site, residents were told that debris is forming in one of the wells and it is not producing as expected. If the debris is caused by hydrocarbon eating bacteria the foam will include a biocide/herbicide. You should read what industry says about that here: In Their Own Words: fracking biocides are just bleach

Several residents reported seeing the foam/bubbles in their yard on Saturday. That night they smelled “bad” odors and then on Sunday morning there were more bubbles.

At the same Mansfield community meeting where Mark Grawe said that Denton residents are on the Homeland Security watch list (audio recording), he also promised to let the people in Mansfield know what is happening. That would indicate that someone at EagleRidge is in control but, as we learned in Denton, they lose control and try to keep it secret.

The residents wanted to know if the foam was toxic, would it hurt their pets and if the playground was safe for their children. Well, no one knows and here’s why:

1. Industry does not have to disclose the chemicals used at any stage of the drilling and fracking process. Sure, they do a partial disclosure of the fracking chemicals but not full disclosure. And, if the chemicals were not used during fracking, then we have no way to know.

2. We have to rely on industry to let us know what they were doing and we can’t expect that they will be forthcoming with the truth.

So all we can do is assume toxicity and guess at what was happening.

The higher density and viscosity of nitrogen foam means it is a better proppant carrier and is capable of fracturing at greater depths than pure nitrogen gas fracking.  On the other hand, it is not a completely waterless technique.

Mansfield residents have been advised to request MSDS sheets from this event.

LINK
Used in a gel-like state, frac fluids consist of water and polymers, or long organic molecules that form a thick liquid. Both oil-based and foam-based frac fluids use nitrogen bubbles to achieve the fracture. Carbon dioxide can be used, as well, to minimize formation damage.

This morning, EagleRidge treated the Mansfield residents to this as they woke up: 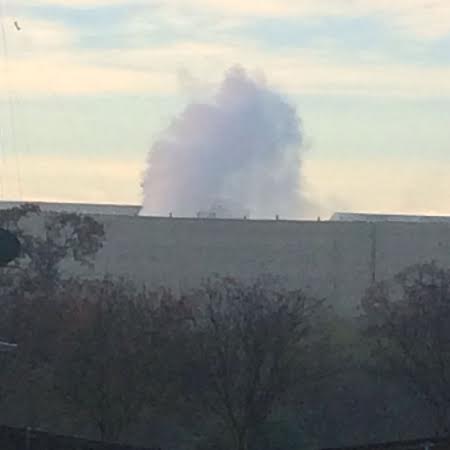 These events conflict with a statement made by Mark Burroughs, Mayor of Denton, at a city council meeting to the Vintage residents that fracking only lasted a short time then everything would be over. It’s never over.