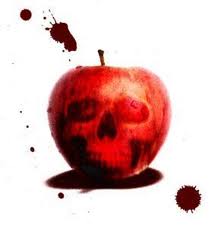 The fracking industry is hauling crystalline silica sand in uncovered, open top trains that allow the sand to blow into communities and spill along the railway. We have seen these trains hauling silica sand through Arlington, TX.

When the silica reaches destination it is offloaded from the trains, placed on a conveyor where it blows around the community, which can create dangerous amounts of dust.

Crystalline silica has been classified as a human lung carcinogen. Breathing it can cause silicosis which is incurable. 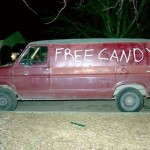 When silica spilled recently in a rural PA town, industry told residents the silica was now “too contaminated” for fracking. They gifted the silica to the community for use in sandboxes.

Now I ask you, Dear Readers, isn’t that the most generous offer you’ver ever heard.

A grandmother in the community sent me these pictures.

UPDATE for the benefit of the industry commenters who think silica sand is somehow better sand for sandboxes.  Nice try guys. No, I mean it, I can always count on you to deliver  a blast of smoke aimed at our backsides. 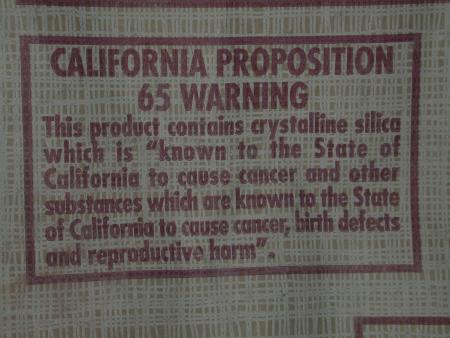 Crystalline silica. A colorless mineral, also called quartz. It is an ingredient in sand and flint, which are used in making glass, cement, and concrete. Exposure to crystalline silica dust can cause lung diseases such as silicosis.

What California says about crystalline silica:

The State of California requires the above warning label on playsand containing crystalline silica. That is because much of the playsand found in today’s stores is not natural sand, but actually derived from quarried quartz rocks. Children, who have developing lungs, breathe in crystalline silica dust as they play in the sand. Frequent sandbox play creates continued exposure to this known carcinogen.

Crystalline silica up close. 1000 times magnification of sand dust sampled from a bag of common playsand. These particles are small enough to be trapped in lung tissue.