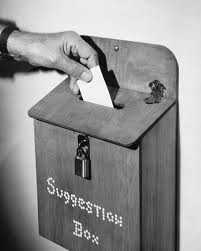 “I’ve had all I can stands. I can’t stands no more.” ~Popeye

Someone(s) appointed the Denton Drilling Task Force. It was carefully picked to produce a consistent 3 to 2 vote in favor of the industry.

They won’t even vote for baseline testing.

In split votes, the task force voted down proposals from member Vicki Oppenheim to require baseline soil testing at gas drilling and production sites and maintenance plans for seals on gas storage tanks, after a majority said the measures were unnecessary or covered under previously approved action items.

If Denton doesn’t want to end up like Arlington…

Groth said his experience in the public and private sectors – especially his last 3 1/2 years with the city of Arlington – prepared him for the Denton job.

“What they’re trying to set up is basically the way we have it set up in Arlington,” he said.
LINK

…you better take a lesson from Flower Mound.