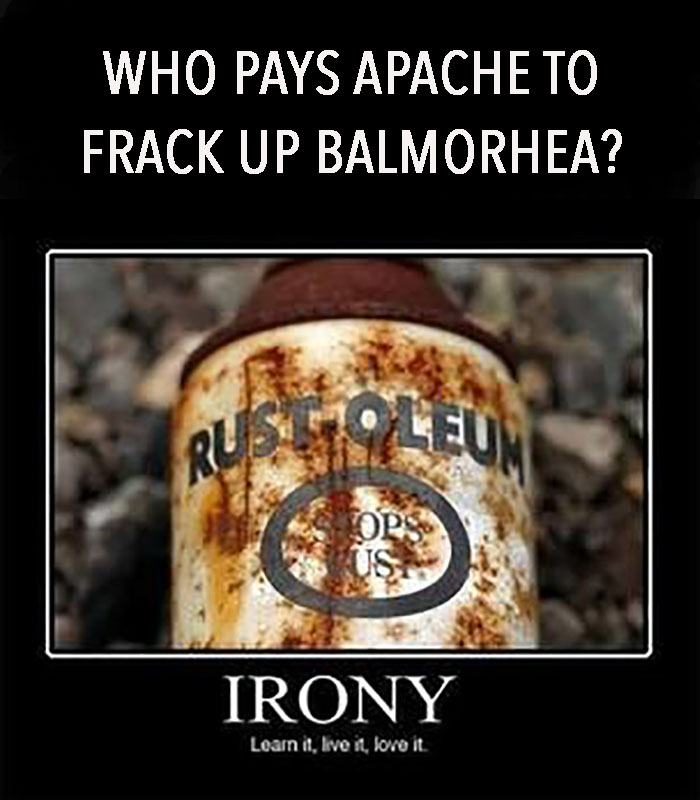 You do. You Pay to Frack Balmorhea.

Your tax dollars pay to maintain and protect the Balmorhea State Park, the endangered species that live there and the San Solomon spring.

Your tax dollars pay Apache to frack Balmorhea and ruin the Balmorhea State Park, the endangered species that live there and the San Solomon Spring.

Stockholm Environment Institute and EarthTrack released A REPORT Wednesday using work done by Oil Change International to calculate the value of oil production subsidies in the US.

The report concludes: The oil industry only survives because of government handouts.

40% of Permian Basin oil production is dependent on federal and state subsidies. 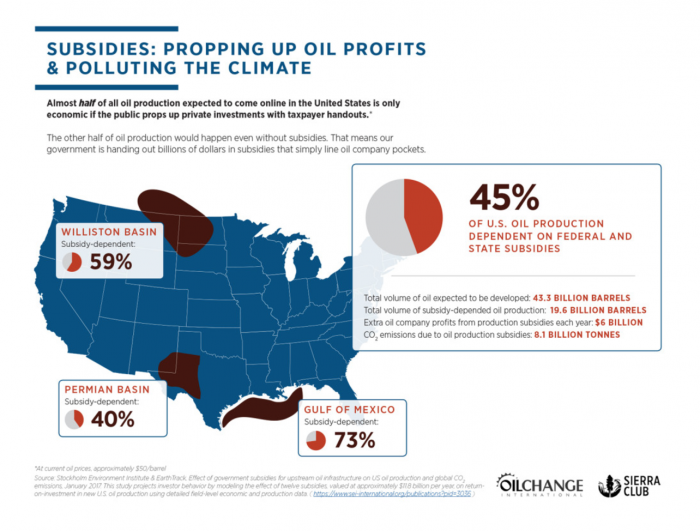 That is just for oil. Texas has an additional government handout for shale gas.

There is no doubt that drilling 3500 wells in the area will ruin any value Balmorhea State Park has as a tourist destination. No one will go there to vacation and swim in the spring. People do not travel to heavy industrial zones to vacation. Additionally, the threat to the spring itself is huge.

Without a handout from the government, Apache could not frack Balmorhea.

If you don’t want to see your tax dollars spent this way, go to Who Represents Me and enter your address. Pick up the phone and call your state and U.S. senators and representatives or write them an email or letter. Send them a copy of the report. They are the ones who vote to give handouts to corporations like Apache. Here are some recommendations you can give you elected officials:

RECOMMENDATIONS
Across the country, public money is propping up oil production and private
profits — even while the majority of Americans want stronger action on climate
and many families are struggling to make ends meet. We can pull the plug on
artificially economic oil production by ending fossil fuel handouts.
In order to show leadership in a clean energy economy that helps avert climate
chaos, the United States must:

Today in his Secretary of State confirmation hearing, Rex Tillerson said that Exxon does not receive any government handouts. That’s not true, of course.

the Oil & Gas Industry receives more than $17 Billion in Subsidies per year, and according to our new analysis ExxonMobil likely gets as much as $1 billion of that.  LINK

Call your elected officials today and tell them to stop the government handouts to the oil and gas industry.