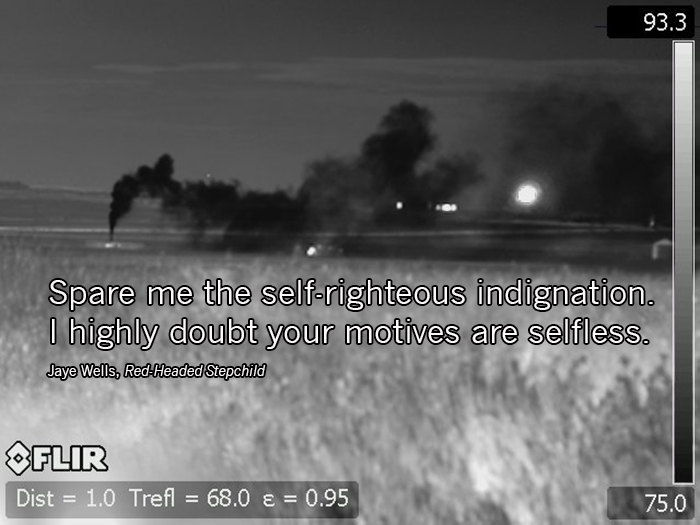 Spare me your fracking indignation 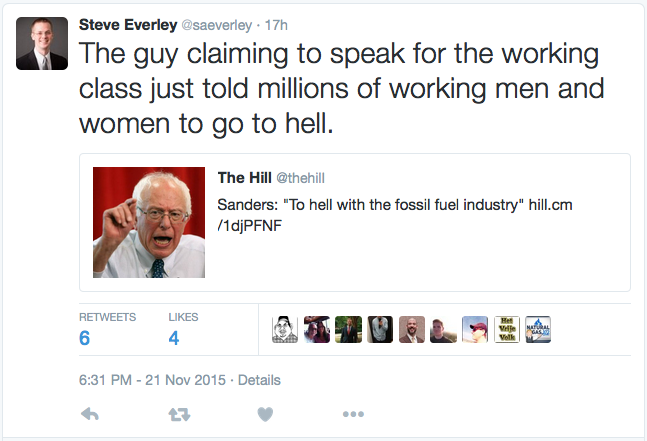 If the industry really cared about the workers in the fossil fuel industry, they would advocate for better treatment and safer working conditions. But, they never do.

Instead they fight against simple emission controls that would curtail deadly hydrocarbon fumes and they fight safer practices to prevent worker deaths.

Let’s take a look at exactly what Bernie Sanders said:

Sen. Bernie Sanders (I-Vt.) on Saturday called for Republicans to abandon the corrupting influence of the Koch brothers and other wealthy energy magnates.

“This is a party that rejects science and refuses to understand that climate change is real,” he said of GOP during the annual Blue Jamboree in North Charleston, S.C.

“I understand if you stand up to the Koch brothers and the fossil fuel industry, that you’ll lose your campaign contributions,” the 2016 Democratic presidential candidate added.

“[Climate change] is already causing devastating problems all over this world. To hell with the fossil fuel industry. Worry more about your children and your grandchildren than your campaign contributions.” The Hill

Workers and their families worry about the effects of climate change on their children and grandchildren.

What workers and their families don’t need is industry financing climate change denial that hurts everyone.

What workers and their families don’t need is industry suing little kids so they can continue to pollute air and harm climate.

What workers and their families don’t need is the continued impacts from the industry’s negligence like this ongoing gas leak: Data Reveals Climate Impacts of the Gigantic, Ongoing Gas Leak in California 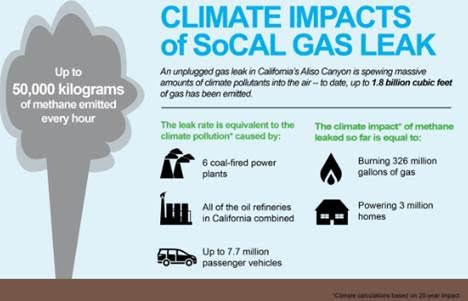 So, to hell with fossil fuels.

And, please, spare me your fracking indignation.