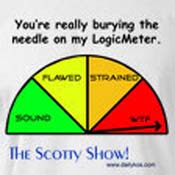 The hot air about fracking and FLIR has Mr. Fracky Pants feeling some heat! 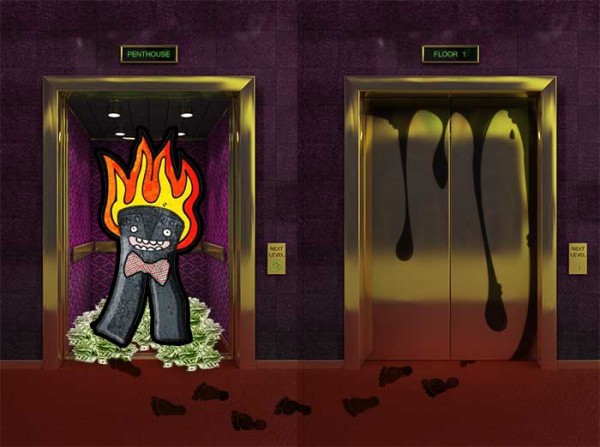 Todd Staples is full of hot air about fracking and FLIR.

Todd Staples was Texas Agriculture Commissioner for eight years. He doesn’t know much about fracking so it’s hard to understand why The Texas Oil and Gas Association tapped him as their new president. I guess a lobbyist doesn’t need experience or subject matter expertise. All that’s needed is hot air and talking points. Here are some talking points Staples burned up about fracking and FLIR in a College Station news story Sunday.

Staples says, “TCEQ told me that infrared cameras don’t tell a picture of anything because it could be heat that is escaping.” KBTX

No logic behind the hot air.

Staples would have us believe that the TCEQ has built a whole program around cameras that “don’t tell a picture of anything.”

I have to laugh when industry and their apologists say such stupid, illogical things. Obviously they haven’t thought the talking points through very well on hot air about fracking and FLIR. If FLIR cameras only show heat, why is our government and industry spending millions on cameras and training for their employees? You might find it easy to believe the government likes to waste money but the industry will cut every corner possible to increase profits.

In 2005, the Texas Commission on Environmental Quality (TCEQ) acquired its first FLIR or Forward looking infrared camera. The program has been successful and continues to grow.

The growing use of the FLIR GasFindIR camera has allowed the commission’s technical staff to
characterize and assess emissions from oil and gas sites more accurately. SOURCE

I took the FLIR certification class in Houston in a room filled with industry workers. (They aired some dirty laundry since no one knew who I was. I have stories I haven’t yet told.) Many of the companies represented have multiple cameras in every region. In this class students are taught how to tell heat from a plume of gas. It’s pretty simple.

Here’s a video. All you can see in the video is the white heat of the dryer and wood. The camera picks up heat but not hot air.

Here’s some correspondence from 2009 with TCEQ’s team leader of the Pollution Prevention and Education Section:

About the camera used
From David Greer, TCEQ:

Question: Can you describe the type video camera that was used?

The spectral range is limited with the use of a notch filter specifically designed for the detection of hydrocarbon infrared adsorptions in the 3-micron region. The narrow bandpass range of the filter is less than the infrared spectral adsorption of gas phase hexane. The filter notch is positioned such that alkane gases have a significant response within the bandpass range.

Question: What exactly is that “stuff” that looks like smoke?

Answer: The GasFind IR camera technology offers a unique technological advancement in pollution detection capability, and has proved to be highly effective in the detection of hydrocarbon compounds. However, the camera does not quantify, nor does the camera speciate the compounds that are detected.

I was in College Station recently with a FLIR camera as part of Earthworks’ Citizen Empowerment Project. The FLIR camera makes visible the invisible air pollution from fracking. People know they are being poisoned but without technology they have no way to prove it. See: Fracking Air Pollution in Aggie Land.

After 8 years as Ag Commissioner, Staples came in 3rd in the GOP primary for Lieutenant Governor. He’s not off to an impressive start in his new career as Mr. Fracky Pants.