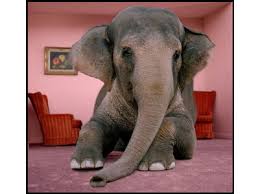 “Our studies indicate that over time an increasing number of wells is significantly correlated with inpatient rates of hospitalization,” Penning stated.

The study has not been released yet but the results were revealed recently to a Senate Policy Committee meeting.

Ruth McDermott-Levy, associate professor and director of the Center for Global and Public Health at the Villanova University College of Nursing, has been researching health needs in communities in Pennsylvania where fracking is taking place and supports Senate Bill 790.

There is a relationship between certain air pollutants and lung cancer and heart disease, she said. The air pollution doesn’t just come from drilling sites, but from support facilities including compressor stations, dehydration stations and truck transport, she said.

At a public forum last night, Tom Giovanetti, The not from Denton Master Debater, dissed a recent report from ShaleTest that showed benzene in Denton’s McKenna Park. He claimed that harmful effects of benzene decays in hours and hinted that the benzene could be coming from wood.

The ShaleTest report was released with FLIR videos showing emissions of volatile organic compounds coming from the tanks and an explanation that the air sampling was taken as close as possible to the emission plume.

The ShaleTest study is not the first time high levels of benzene have been detected in McKenna Park. During fracking and completion of the gas wells across the street benzene was detected on three different occasions.

Benzene was detected on three different days at 4.81 ppbv, 16.2 ppbv, and 55.4 ppbv, all are exceedences of the long-term ESL exposure limit (Center for Disease Control says long-term is one year) and one exceeds the short-term limit (short-term is typically 15 – 30 minutes).  LINK