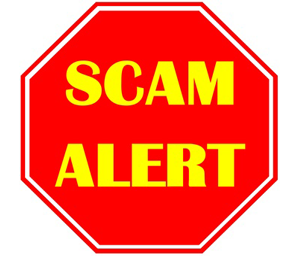 I had to update this because the lies are getting bigger and BIGGER. See below.

The Texas Royalty Council sent a misleading letter to royalty owners urging them to oppose the Denton fracking ban.

The letter is titled Mineral Owner WARNING and it states that mineral owner income is at risk.

A mineral owner in Montague County who owns no minerals in Denton received the letter and called the Denton Record Chronicle. Call to local royalty owners.

she didn’t think there should be fracking in the city limits, especially with emerging science on its impacts to drinking water and earthquakes.

In essence, this is a ban on ALL oil and gas drilling and an abusive government taking/infringement or your mineral owner/rights income.

That is completely untrue. The petition calls for a ban only on hydraulic fracturing NOT a ban on drilling. Industry is free to drill and innovate all the want. Also, the ban on fracking will have no affect on existing production.

The letter also falsely states that the ban will have a negative impact on the local economy. That is entirely untrue. Find out the truth about fracking and the Denton economy HERE. 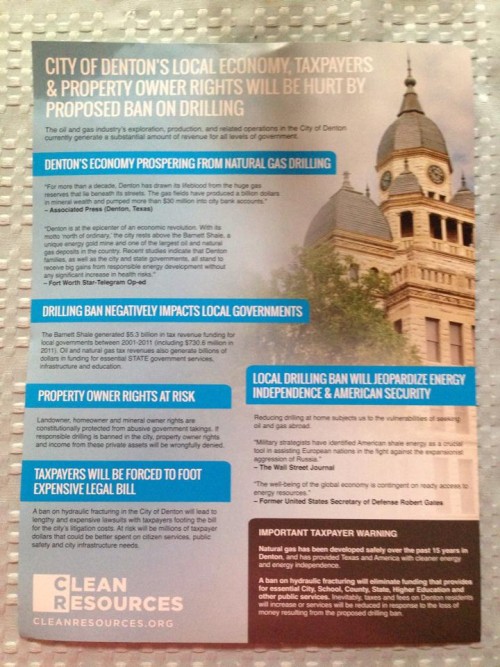 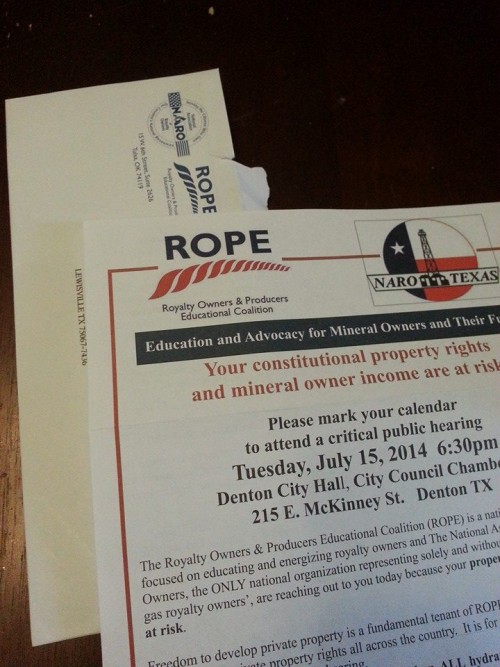 Notice how the lies are getting bigger and bigger. In the letter above, Call to local royalty owners, they say:

In the TIPRO letter they say:

This is really funny considering there are 4 men from Colorado circulating a petition against the fracking ban. And wait until I tell you more about that. Smoke will come out your ears. But not yet.

UPDATE AGAIN: Apparently Ed Ireland is behind some of this. Thanks to the sleuthing and good memory of Peggy at the Denton Record Chronicle.