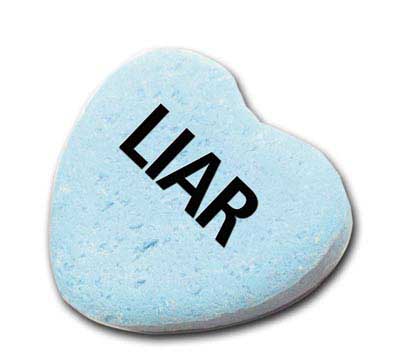 Sing it with me y’all

Matt Pitzarella “deliberately falsified” his education but that’s okay with David Poole because lying and skirting around the truth seems to be ingrained in the Range Resources corporate culture or Family.

“I was aware of the accusation that was made on a blog site to that effect. And once it was brought to my attention, I did what I would have done in any situation where we have an employee accused of doing something like that,” said Range general counsel David Poole. “What I determined is that Matt has not made that statement. What has happened here are a couple of published third-party references to (Pitzarella) that says he has earned a master’s degree.” Times on Line

In case you haven’t noticed, Dear Readers, the fracking mafia is now using the Karl Rove Orwellian tactic of attacking the opposition on their own weakest points. For example: saying natgas is cleaning up our air and Steve Everley saying fracking is making people healthier.

The funniest part of the Times on Line article is where Pitzarella goes full on Orwellian.

“Anywhere else that I’ve ever referenced that have always included that I attended the program but never stated that I completed it, he said. “My corporate bios always make that very, very clear. There’s no point in having ambiguity on that subject.”

Yeah, Matt, we wouldn’t want there to be any “ambiguity on that subject” so that’s why you quickly corrected all the news articles and sources where it was written that you had a master’s degree. OH WAIT!

But the assumed degree has been mentioned in various other media coverage of himself — such as a 2009 feature on PopCityMedia.com and another that ran in Washington County’s Observer Reporter newspaper last summer.

UPDATE: I forgot about this: Did Range Resources VP operations lie under oath?

In the love letter below, you can see, clearly, that Range Resources expects public statements to be truthful. They have very high standards for such things when it comes to others but they are unable to uphold this standard in their own Family.

Cease and desist from Range Resources

Here is an early Valentine from me to Range Resources.