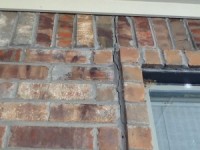 The Texas Railroad Commission (RRC) needs to stop delaying and take swift action to protect North Texans from fracking earthquakes. At a recent town hall meeting in Azle Texas, residents called for fracking to stop while the RRC dodged answering questions and ducked out early to watch football.

Azle is not the first area of Texas to experience earthquakes since fracking began.

Areas in the middle of America—Arkansas, Colorado, New Mexico, Ohio, Oklahoma, Texas and Virginia—that have been usually earthquake free have seen a significant increase in earthquakes during the past decade, which relates to the increase in fracking and injection of massive amounts of flowback and produced water.

“A naturally-occurring rate change of this magnitude is unprecedented outside of volcanic settings or in the absence of a main shock, of which there were neither in this region” (Ellsworth et al, 2012).  Link

That’s why Texas groups are sponsoring a citizens’ meeting in Azle next Monday. The fracking industry is making record profits off the backs of Texas property owners! We need ACTION to hold the industry responsible for their damage.

Learn how. Come to the Azle Community Center on Jan 13th.

WHAT:
A meeting to find out how to force our “regulators” to do their jobs and protect our property and communities.

WHY:
The town hall meeting the Texas Railroad Commission held on January 2nd to discuss earthquakes connecting with hydraulic fracturing was disappointing.

While Azle residents are at risk and their children practice earthquake drills, our regulators ducked questions and dashed away from the meeting to watch a football game.

The RRC’s behavior at the town hall, and previously, shows they are not interested in overseeing the oil and gas industry so much as providing political cover for it.