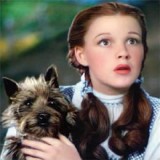 Toto, I have a feeling we’re not in Texas anymore.

More than 800 rural Texans filled the high school auditorium in Azle  last night. They came to a town hall held by the Texas Railroad Commission (RRC) hoping to get answers about the recent earthquakes in North Texas. The audience booed when David Porter, Texas Railroad Commissioner announced that they were there to hear from the people but would not be answering any questions.

The audience was filled with people in denim and flannel shirts, including State Rep. Lon Burnam who, each legislative session, files bills that, if passed, would help people faced with oil and gas development. During the 83rd Legislative Session, among the bills Burnam wrote were: HB 379, a bill to assess a fee for wastewater disposal to encourage water conservation in fracking; HB 3599, a bill to place restrictions on the siting, drilling, completion, and operation of oil and gas wells in certain locations and HB 3600, a bill relating to the rights of an owner of the surface estate in land in connection with oil and gas exploration and production operations.

“I thought that was totally inappropriate. People are here to get answers. And state government should be able to provide them. Because we’re so incompetent, we can’t,” said Democratic State Representative Lon Burnam. Burnam, of Fort Worth, attended the meeting and sat with the crowd. NBC5

On the stage sat a bunch of men in suits including David Porter, Gil Bujano and Milton Rister from the RRC. Porter announced that the meeting would be cut off after two hours because he had a busy day on Friday. Commissioner Barry Smitherman was busy on the campaign trail. Failing at his job of regulating the oil and gas industry is not enough for Smitherman. He is asking Texans to promote him to a higher office so he can fail at Texas Attorney General. I don’t know where Commissioner Christi Craddick was.

Also on the stage in a suit was State Rep. Charlie Geren who receives campaign money from the oil and gas industry and has interests, dividends, royalties or rents” from several oil and gas companies, including E.O.G. Resources, Exxon Mobil, Cholla Petroleum, Blakemore and Sunoco. State Rep. Phil King was busy but a woman from his office read a statement.

Before the meeting I spoke with a couple who have a sinkhole on their property. That’s why I’m writing this blog post at 3:45 am. They me showed pictures which I hope to share with you later.

What we need is another meeting where people can get some answers. I’ll be working on making that happen.

First speaker asks how any studies from RRC can be unbiased due to influence of campaign $$$ from #fracking ind. crowd erupted.

The audience erupted in applause.

As I listened to the stories, I tried to capture them in tweets. Please  excuse typos.

“Recently a spring bubbled up in my yard and it’s oily water. Will my house fall in a sinkhole.” #fracking town hall

We can’t afford #fracking #earthquake insurance because the drillers get all the money. — TXsharon (@TXsharon) January 3, 2014

When my #water well goes dry from #fracking who do I call? Town hall — TXsharon (@TXsharon) January 3, 2014

#fracking can cause uninhabitable land. Who pays for damages? — TXsharon (@TXsharon) January 3, 2014

“if the earth shakes in Austin, maybe we will get some results.” Azle resident @ town hall — TXsharon (@TXsharon) January 3, 2014

“I have cracks in every floor in my house… I sleep with my clothes on in case I have to leave…” #fracking #earthquakes — TXsharon (@TXsharon) January 3, 2014

This lady has had to move out of her home three times because the water pipes break from the quakes. She is having to pay for two places to live.

Woman refuses to leave mic until some[one] tells who will pay for the damage to her home. #fracking#earthquakes

An elementary age boy talked about the wells near his school and said that gas wells should not be allowed so close to schools. Since the earthquakes started, he has been dreaming that his walls collapse on him from the quakes.

“I’ve been having nightmares.” Since #fracking #earthquakes elementary school student.

Media on this event, so far:

Azle crowd frustrated by lack of answers about quakes

Texas regulators have few answers on spate of tremors

EnergyWire reported in December that the Railroad Commission’s stance on earthquakes is at odds with the scientific community’s consensus on the role of injection wells. Researchers linked waste disposal to a series of earthquakes at the Rocky Mountain Arsenal near Denver as far back as the 1960s. More recently, Ohio imposed a set of stricter new rules after a rash of quakes near Youngstown was linked to a disposal well in 2012 (EnergyWire, Dec. 18, 2013).

Update: Here is a response from an industry insider on Twitter. They don’t seem to be understanding that people who live near fracking have DIRECT experience.

@TXsharon @saeverley They’re motivated bc they’re #misinformed. It’s our job to set the facts straight w/o scare tactics and #poorjournalism