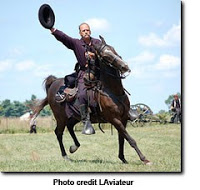 On December 7, 2010, the Frackers Receive Imminent and Substantial Endangerment Order from EPA.

In all that time in between, Steve and Shyla Lipsky have put up a valiant fight for the truth.

I will have more on the specifics of the IG report later but for now, just thank you!

Update: From the Star-Telegram:

To Armendariz, a former professor at Southern Methodist University who now works for the Sierra Club, the inspector general’s report is “complete and total vindication of the work we did at EPA.”

“Our evidence was solid and we followed the law, and all rules and regulations,” he said.