UPDATE: For the best reporting to date on this case see: Better reporting on Range Resources water contamination case in Parker County, it is a long but essential read if you are interested in this case. 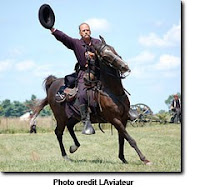 Hat tip to Region 6 EPA for protecting our drinking water!

People in Parker County have bubbly, fizzy and flammable water; not a good combination unless you are mixing up a Fractini.

EPA testing has confirmed that extremely high levels of methane in their water pose an imminent and substantial risk of explosion or fire. EPA has also found other contaminants including benzene, which can cause cancer, in their drinking water.

EPA used “isotopic fingerprint analysis” to determine that the gas in the water wells matched the gas from Range Resources gas well.

Railroad Commission officials “acknowledge that there is natural gas in the drinking water wells,” Armendariz said. “They want more data and believe that action now is premature. I believe I’ve got two people whose houses could explode. So we’ve got to move.” Dallas Morning News (link below)

HERE is the entire press release.

HERE is the order.

http://www.epa.gov/region6/6xa/pdf/range_letter.pdf“>HERE is the letter to Range Resources.

“We know they’ve polluted the aquifer,” Armendariz said. “We know they’re getting natural gas in there. We don’t know yet how far it’s spread.”