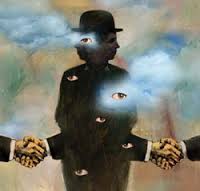 Yesterday, I hung a stinking, rotten fracking albatross around the neck of Denton’s City Council. Today I want to introduce you to the fracking negotiators.

As I explained yesterday, two councilmen, Kevin Roden and James King, negotiated a standstill agreement wherein EagleRidge is allowed to continue fracking and drilling in the midst of families and parks where they are drilling illegally without permits in exchange for some obscure concession that may or may not happen by January 31st, too late for the families about to be fracked.

Raise your hand if you think this is a conflict of interest:

This information came out when Mike Sutton ran against King but the voters in Denton shot themselves in the foot and voted for King anyway. King has sided with industry at every opportunity.

Everyone at the city has to know about this deep conflict. I have to wonder why they would allow King to participate in this negotiation and why they allowed him to vote. Obviously, he should have recused himself on all votes regarding drilling. But the most worrisome question is why Roden went along with this charade.

Here are some pictures of signage from some of the wells where King’s family has an interest: 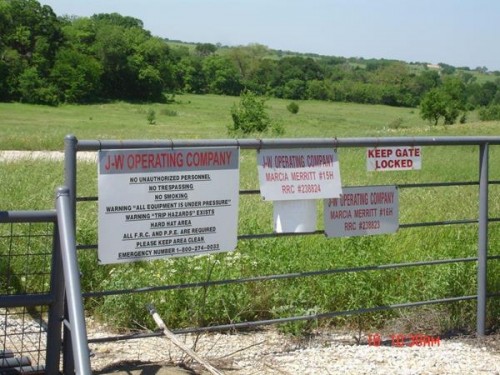 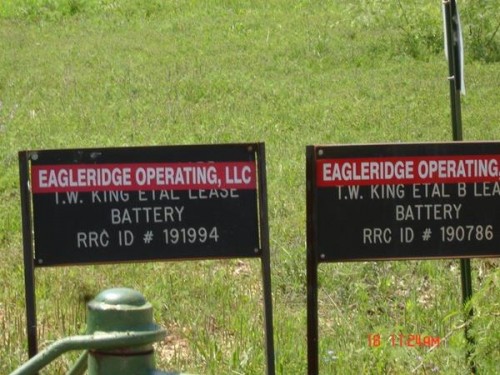 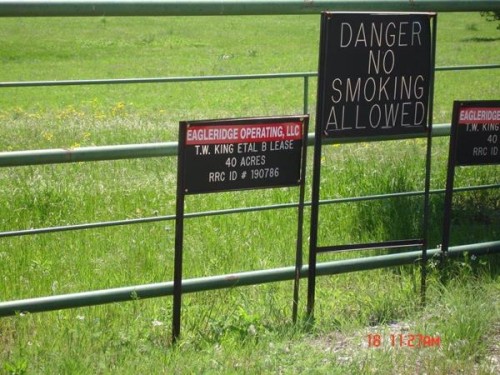 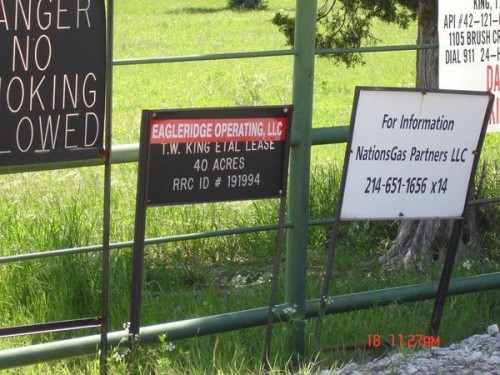 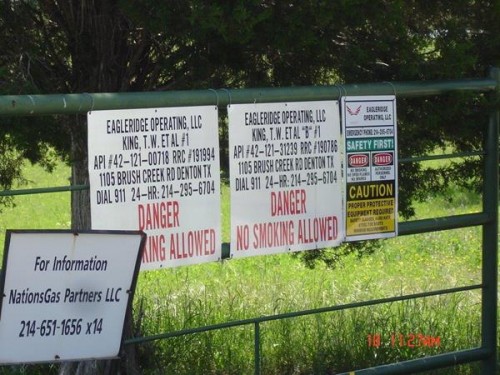