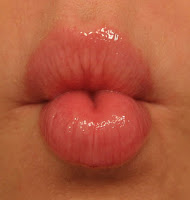 Adam Briggle did a nice job of responding to the City of Denton’s so-called “Standstill” agreement that is essentially a bunch of shiny stuff attempting to gloss over the City’s unwillingness to protect residents and hold EagleRidge accountable.

There’s not much left for me to say but I must elaborate on a couple of points.

Now, more on green completions. EagleRidge claims that “Since the formation of EagleRidge Energy in 2009, we have performed green completions on all of our gas wells in Denton and Wise Counties.” Note also their claim about no excess gas escaping into the atmosphere.

That part about “no excess gas escaping into the atmosphere” is no more true than the part about the green completions. And Mark Grawe, executive vice president of operations with EagleRidge Energy, lied to the Denton Record Chronicle about it.

The video above shows EagleRidge venting flowback, and they were venting this flowback when UNT had their homecoming bonfire at Apogee. Here is what Mark Grawe told the Denton Record Chronicle:

Mark Grawe, who is executive vice president of operations with EagleRidge Energy, said that the company wasn’t concerned about the proximity of the two events.

“They’re assuming there’s methane in the air,” Grawe said of neighborhood concerns. “We would either be putting the gas down a sales line or flaring it.” LINK 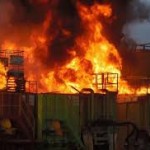 The picture at right, taken by the Pearsall Volunteer Fire Department, shows what it looks like when a tank containing flowback blows up. The tanks blow up because they contain methane and methane is explosive.

The XTO presentation below admits that “gas vapors” are intentionally vented into the air during flowback. If they don’t vent the flowback, the tank will explode. Gas vapors contain methane and methane is explosive.

Remember from the Psyops Conference that industry wants to lower the bar, not raise the bar. And they were talking about explosions from the methane in natural gas.

So Grawe either lied or he doesn’t have enough expertise to be talking about the process.

Second, I want to go a little further on setting the historical record straight about the loophole that allowed EagleRidge to drill new wells 250′ from the Vintage neighborhood. As Briggle pointed out, in response to Councilman Kevin Roden’s self-serving post, DAG tried to get the loophole removed.

I think he is right that we need to build further protections into our ordinance. It is just frustrating to hear this now after the window has closed on our major policy overhaul and we are forced to react in an ad hoc way as drilling continues amidst all the confusion. It is also frustrating to hear him only now casting doubts on the fact that our ordinance (35.22.5.A.1.d) still allows residential sub-divisions to be built as close as 250 feet from a drilling and production site.

I don’t like to say “told you so,” but I can point to the first DAG report (released two years ago), which explicitly called for removing this section and read: “There should be no variances for pre-existing or pre-planned wells.”

July 20, 2010, the Denton Council voted to pass Phase I of the drilling ordinance. Council was ready for a vote but the mayor added what the minutes from that meeting call a “friendly amendment.”  From page 15 of the minutes:

Mayor Burroughs made a friendly amendment asking that the minimum separation distance be 250 feet.

Mayor Burroughs asked if Council Members Gregory and Engelbrecht were agreeable to the friendly amendment.

Both stated they were.

I watched the vidieo of the meeting again last night. I was there when it all went down but I wanted to make sure what I remembered is what happened. The meeting was over 5 hours long. The questions and discussion leading up to creation of the loophole start at about 1:25:14.

This loophole was in response to threats made by Robson Ranch developers to the residents there. These threats generated many emails to the council from residents who were afraid their services would be cut unless they were agreeable to life with “gas parks.” I blogged about the situation at Robson Ranch and quoted an email from a resident.

When the mayor explained the loophole, it sounded almost like he was giving legal advice. This loophole made the builders very happy.

The council has tried very hard to change history. Nice try, but, no! You will wear this stinking, rotten albatross.