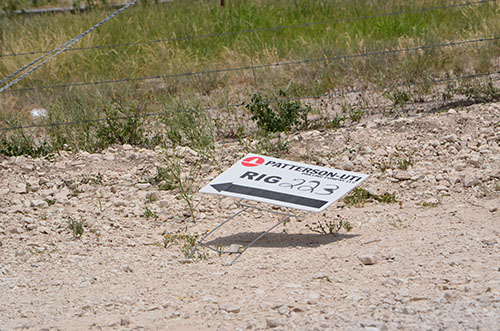 It still mystifies me that the editor of More Magazine called me earlier this year to ask if they could write a profile of me for their Special, 15th Anniversary, September issue. My immediate reaction was panic because I’m more of a campfire kind of gal than a party gal. In fact, I once got passed over for a glamourous job I thought I desperately wanted because I answered, “Go camping with a few friends” rather than, “Go to a party with a lot of people.” Obviously I wasn’t the extrovert they needed for that kind of job. My answer changed my life because I went to work for the oil and gas industry instead.

After a few moments of nausea and panic, saying yes to More was a no brainer because I will do almost anything to increase awareness of the harm fracking causes to people and the planet. Saying yes started a long, intricate process toward publication of the article.

I haven’t told any of the stories about my experience because I was waiting for the full article to be available online.

A Texas Rebel’s Fight for Her Land
How a down-on-her-luck single mother in a ramshackle trailer reinvented herself as the bright, bold, unapologetically outrageous voice of the antifracking movement
by Suzanna Andrews

It’s a long read so y’all better get some iced-tea and get comfortable.

First you find a writer.

Oh hell yeah I know who Suzanna Andrews is! Are you kidding me? She has written about Elizabeth Warren, Arianna Huffington, Martha Stewart and a whole bunch of other famous and infamous people. Are you telling me Suzanna Andrews is going to write a story about fracking and me?

After I picked myself up off the floor, I sent her an email and our dance began. She is an expert dancer. Fracking was a brand new dance for her to learn and the complexity of the issue makes the quickstep look simple. But Andrews dug in and scored a perfect 10.

Next you find a photographer.

No way! I learned that More was sending the badass of photography, Dan Winters, to take my picture. Winters has photographed every famous person on this planet including my favorite person of all time, Mr. Rogers. I was psyched to meet this guy who turned out to be one of the nicest, most genuine, creative and caring guys I’ve ever met. And, he’s a bee keeper.

After discussions about location and what I would wear, we settled on the Eagle Ford Shale and boots, jeans and a shirt. And, after a wonderful stylist, Veronica–chosen by Winters–fussed with my hair, made up my face and got me dressed, we drove to an active drill site in Karnes County where the 20 mph winds quickly rearranged my hair and stuck sand and small bits of gravel to the makeup on my face.

The site we chose for the photo shoot was a Marathon site were Patterson Rig 223 was busy drilling.

It was hot. It stank of petroleum, pesticides, rotten eggs and diesel. We were thankful for the fierce winds and more than one in our party remarked that–had we not been upwind–we would not have been able to tolerate the stench.

Several times someone from the site came out to test our audacity by asking what we were doing standing on a public road taking pictures of their drill site. The invitation to be intimidated was strong but was politely declined as Winters urged the sun to hurry toward that perfect spot.

Then a waste water hauler drove off the drill site and started spraying drilling waste on the road right where we were standing. We watched him proceed in the opposite direction first. Then he turned around and headed back toward us. The petroleum and pesticide stench from the fluid was strong despite the wind’s efforts. We watched in disbelief as he came closer and closer. Winters started grabbing the thousands of dollars in camera equipment and shoving it in his vehicle. When the sprayer on his truck was almost even with us, the driver stopped, backed up and drove back onto the drill site. Who knows why he stopped, maybe his ethical bounds were stretched or maybe he was following instructions.

At the beginning of the photo shoot, there was one “fracking insurgent” and several people who were just doing their job. By the end of the photo shoot the tally was changed. The oil and gas industry is unpredictable but I can always count on them to misbehave and make more enemies.

An amazing amount of work happened between that first phone call from the editor and publication of the magazine. All alone the way there are stories. The next story I will tell happened when Suzanna Andrews was here. It involves Range Resources, a wheelbarrow and a shovel. 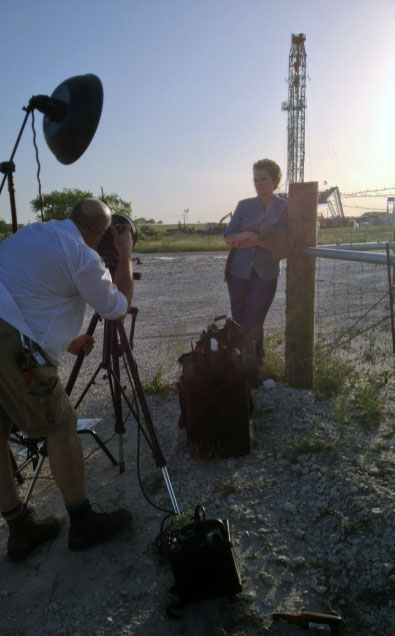