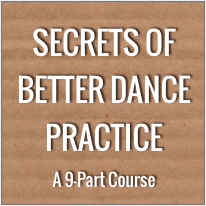 Behind the curtain of almost every news story is a secret dance. In the process of understanding an issue, reporters must find people willing to talk; it’s those people whose voices and perspectives bring the hard facts of a story to life. Along the way, we strive to be fair to our sources.

If you can’t find someone to talk with you it’s not okay to convince people to talk by lying. According to Bob:

Bob has typed out excerpts from the  transcript of his conversation with Begos’ editors about the ethics complaint. You have to read it to believe it.

Bob refused to speak with Begos because he knows his reputation and  knew that he would be burned. Although Bob loathes it, he is a “sort of” public figure because he has been outspoken about his opposition to fracking. But Bob’s cousin is not a public figure and Begos inserted himself into family business under false pretenses. This is an ethical violation and Bob’s cousin should join Bob’s ethics complaint to make it more effective.

This is what Bob wrote about the deception:

According to my cousin who is quoted in the story, Begos used deception to get his interview, saying I had told Begos to call him. So just where did Begos get my cousin’s name and both telephone numbers?? Especially when his cell phone number may be unlisted.

I think Bob asks a good question: How did Begos get an unlisted cell phone number? Who would Begos know who might have those phone numbers handy? Hmmm…

As Begos burns more and more sources, he might find it increasingly difficult to find sources.

Note: I had to make a new category.

UPDATE: The latest story from Begos about workers and environmentalists trying to find common ground is not nearly as slanted as his usual. Apparently he went to Power Shift this weekend, where he interviewed a worker. BTW, he was not the only worker in attendance. I’m pretty sure most of the attendees work.

ANOTHER UPDATE: Bob’s LTE appeared in Poconorecord.com. So he has managed to get a letter setting the record straight in two papers. That’s hardly fair considering that the AP is syndicated and appears in papers all across the nation. But, I can guarantee you that publishers and editors are watching and if this keeps up they may decide to refuse his stories.

Anti-driller has not changed his view
October 21, 2013
Editor, the Record:

On Oct. 7, the Pocono Record ran a half-baked story by Kevin Begos of the Associated Press (“Some anti-drilling activists change tactics, tone”), with several inaccuracies and half-truths about me. In Kevin Begos’ attempt to take a swipe at the Pittsburgh environmental group Marcellus Protest, he incorrectly stated that I was a member of that group. The website version of this story also included a ridiculous quote from Range Resources’ Matt Pitzarella, suggesting that I might somehow now “endorse drilling,” but that could not be farther from the truth, especially after I’ve gotten to know Range Resources even better.

The fact of the matter is that we discovered Range Resources was already drilling into our family heirs’ gas rights without any of our family members ever having signed a lease. Instead of suing Range Resources, family members who own some of the surface rights elected to sign a protective lease to prevent surface activities on their land. If I didn’t sign a lease at that point, Range Resources threatened to keep all the money from my gas, without paying me a dime. Was I to get ripped off or make the second least desirable choice and sign a lease with them? I’m happy to report that we recently donated $1,000 of Range Resources’ money to support Clean Water Action, one group that has played a major role in reducing frack wastewater dumping into our streams and rivers. You are invited to read my blog, which includes more details, at donnan.com/Blog_Begos.htm.

YET ANOTHER UPDATE: AP Reporter And Editor Fired Over False McAuliffe Report. The comments are interesting.