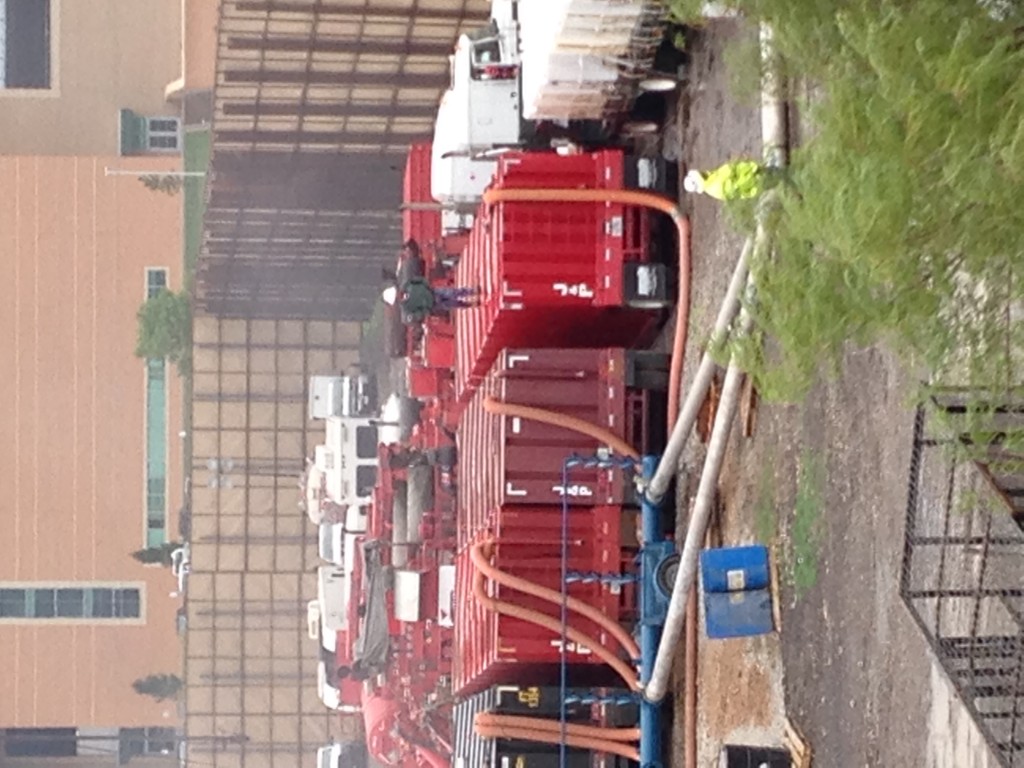 We already know that EagleRidge is a terrible neighbor!

So it’s no surprise to learn that EagleRidge is a terrible employer that lacks regard for worker safety. Yesterday I stopped to take photos and video at an EagleRidge frack site. The video and the rest of this blog post is on EarthBlog where they have finally reinstated comments after the epic comment spamming event.

P.S. I called OSHA to make a complaint but, unless you are reporting a fatality, no one is home “due to the suspension of Federal Government services.”

Here’s a closeup of one of the workers. As you can see, he is not wearing breathing protection.