I have to wonder what Range Resources’ shareholders are thinking right now. But the Range shareholders have also experienced their bullying.

It seems their reputation for mistreating children, misusing the legal system and being the biggest bullies in the neighborhood is not paying off for them. Their misdeeds have made international news.

As I well know because my year in 2012 was peppered liberally with intimidation attempts from Range Resources, intimidation does not come cheap.

ON THEIR SIDE: They had six or seven attorneys who gave me the most elaborate, lingering evil eye I have ever received in the doorway outside the courtroom. I’m guessing that was part of their arsenal of intimidation. They also had several additional people in tow.

ON MY SIDE: J. Scott McLain and me

From: A court hearing with Range Resources looks like this

Gagging little children has turned into a PR nightmare for Range. It seems they have stepped in the Karmic DoodyGate motherlode and I suspect their attorney is not the only one who will wind up under the bus. Watch for the headlights because that bus might be coming your way. 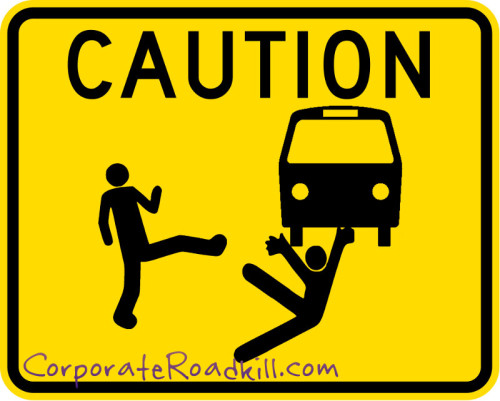