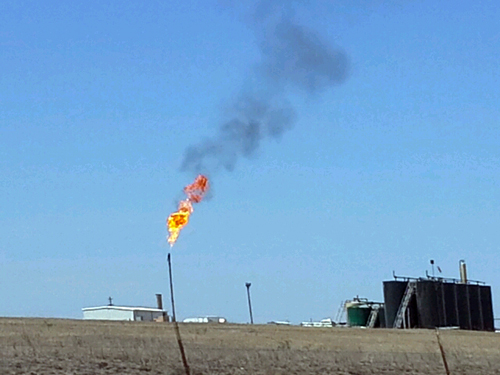 This video was taken at Marathon’s Sugarhorn Central Facility in Karnes City by TCEQ on August 15, 2012 and September 5, 2012 in response to a landowner complaint.

Marathon failed to submit a reportable emissions report for these two events until late December. The emissions report for the 12-hour August 15th event noted a release of 42.06 pounds of benzene among many other toxic chemicals. The report for the 11-hour September 5th event noted 26.63 pounds of benzene along with many other toxic chemicals. An analysis of the TCEQ’s investigation and Marathon’s report was done by Wilma Subra and can be found HERE.

On Monday, March 4th and Tuesday, March 5th, IR video taken by ShaleTest shows the emissions continue at the same level at this facility. These videos will be available shortly.

Nearby Karnes City residents have reported many health impacts. Last July, I received the “Letter from the Eagle Ford Shale tells of rashes, nosebleeds and misery” from landowners who live near this facility.

September 11, 2012, I received this photo of an improperly operating flare at this same Marathon facility.

Another improperly operating Marathon flare in Karnes City at the East Longhorn Facility is shown in this picture. 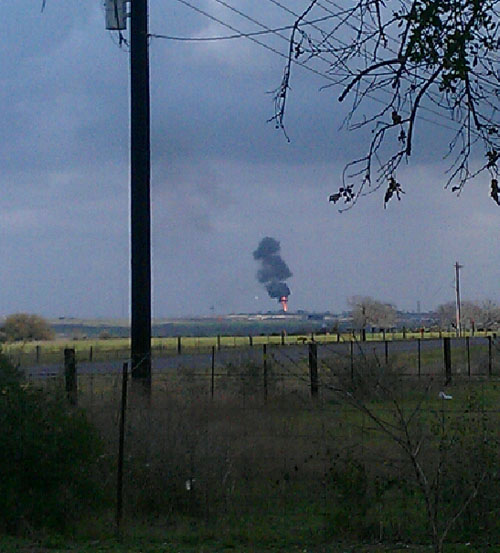 In March 2012, I took the video posted HERE of a Marathon flare in a different part of the Eagle Ford Shale.

Marathon has big plans in the Eagle Ford Shale.

The Eagle Ford will make up an increasing share of the company’s domestic production, from about 18 percent last year to about 40 percent in 2013.

Marathon CEO said they could be drilling in the Eagle Ford for a decade. That’s bad news for anything–human or animal–trying to live and breathe there and really bad news for climate change. Marathon needs to shape up and stop with the quick and dirty fracking.