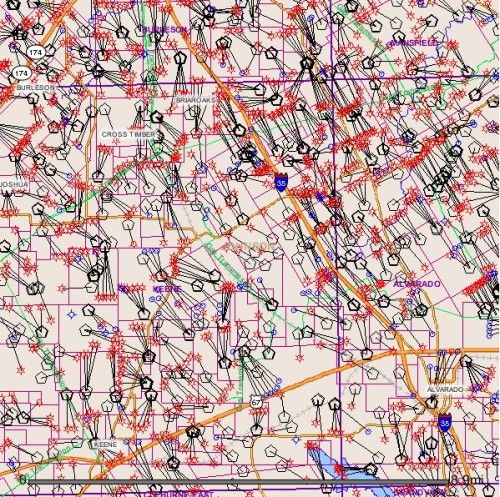 While you were sleeping there was a 3.1M earthquake in North Texas very near Burleson, which is not far from Fort Worth.

I’ll try to pull a map off the Texas Railroad Commission of the wells in that area and update.

Let me add that Arkansas and Oklahoma have experienced quite a few quakes in the past two weeks. None were over 3.0M but in area where homes are not built to earthquake codes there will be foundation damage from even small quakes. In Texas you can’t get earthquake insurance so be sure to save up some of that royalty money to repair your foundation.