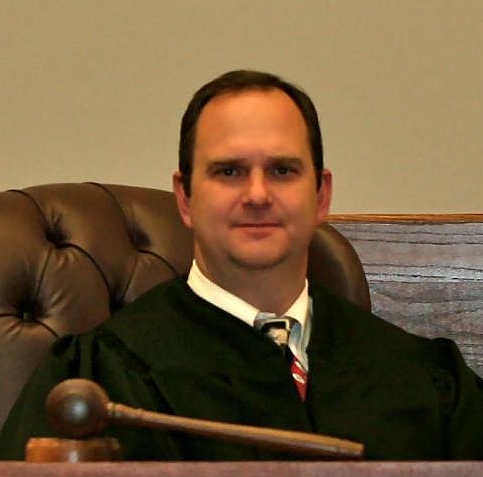 Would you like to meet Judge Trey Loftin, 43rd Judicial District Court, who just handed down a faulty judgement in favor of serial polluter Range Resources in the highly publicized Parker County water contamination case? 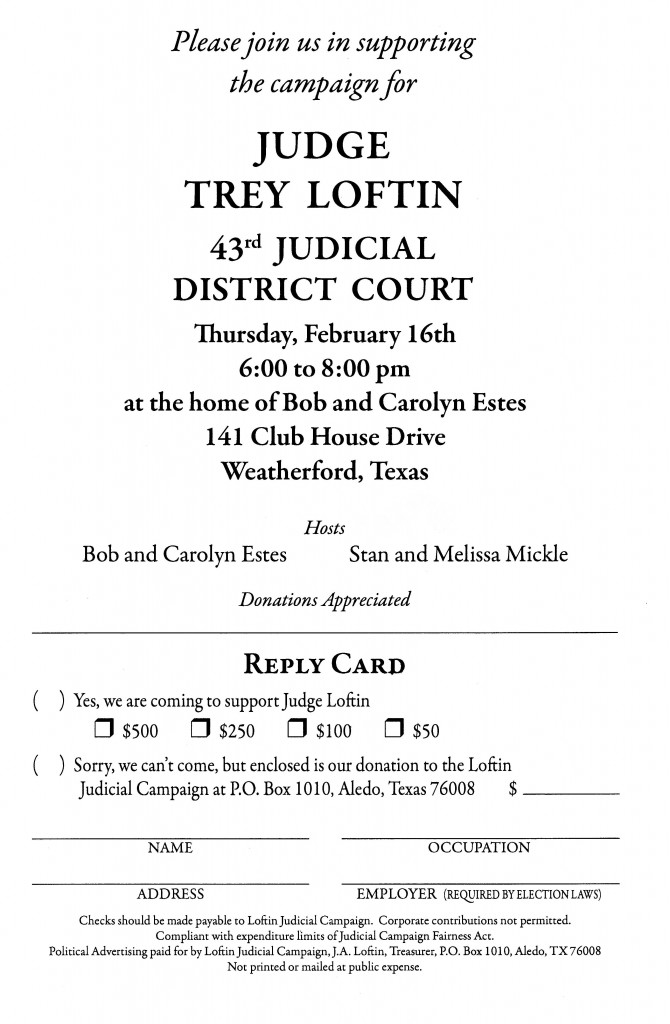 The company this judge keeps explains it all.

“Judge Loftin is a new generation conservative who brings back common sense to the courtroom.” Rick Perry

An anonymous informant told authorities course owner Stan Mickle and his father Wes buried stolen equipment more than 10 years ago in an effort to throw law enforcement off the trail. Investigators executed a search warrant Feb. 27 and uncovered a 1984 Ford wheel loader underneath a pile of rocks and boulders stacked on the side of the 13th fairway.

Mike Renfro, formerly the grounds keeper at Canyon West, said he has personally heard Stan Mickle tell stories about stolen equipment that was buried during construction of the course. Renfro described stumbling upon a yellow piece of metal protruding from the fairway in 2006.

“I asked Stan about it, he told me to cover it. I covered it with soil. A few days later, Stan put large rocks on top of the area.”

I wonder if the Parker County Tea Party is aware that Judge Trey Loftin ruled in favor of corporate interest against the private property rights of a Parker County landowner. I bet they’re not.

Again, you decide. Is this video deceptive? Since when does a landowner get sued for taking a home video?

Thank you for the tip from reader, Robert Finne. I love my readers.