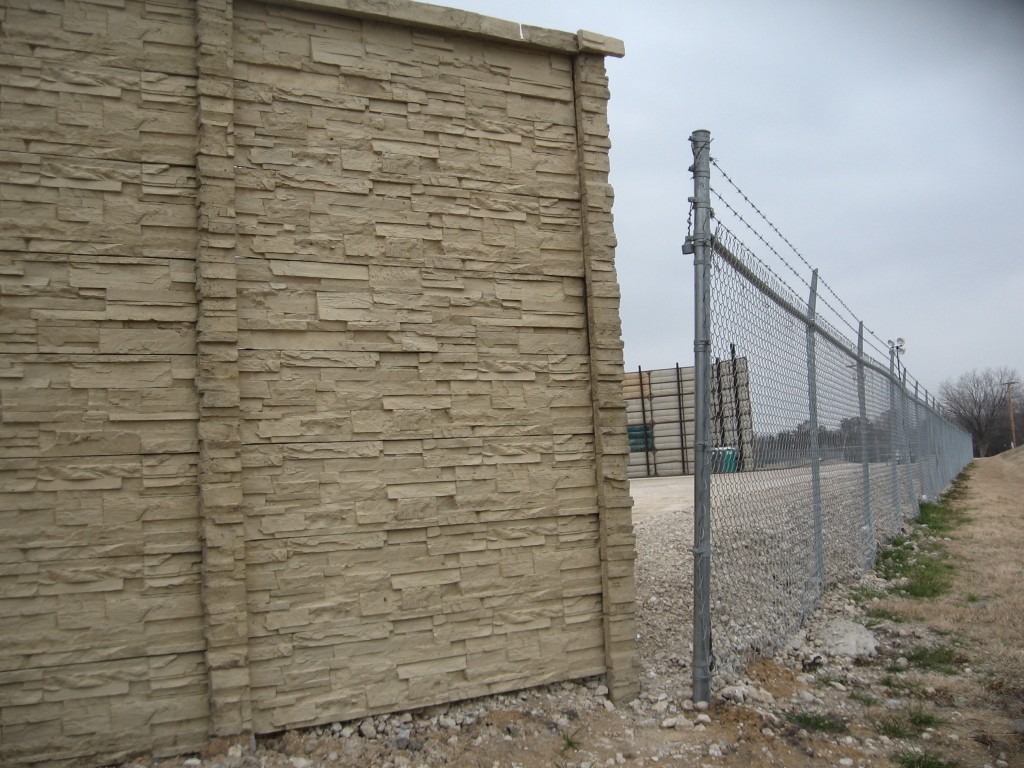 I am receiving lots of email from Arlington residents.

The past few days Chesapeake Energy’s Fulson Drill Site (South Hwy. 360 near Sublett Rd., Arlington) seems to be on the residents’ minds.

This breach in the wall is not only a violation of Arlington’s City Ordinance, it is quite dangerous because a curious child could easily slip through. 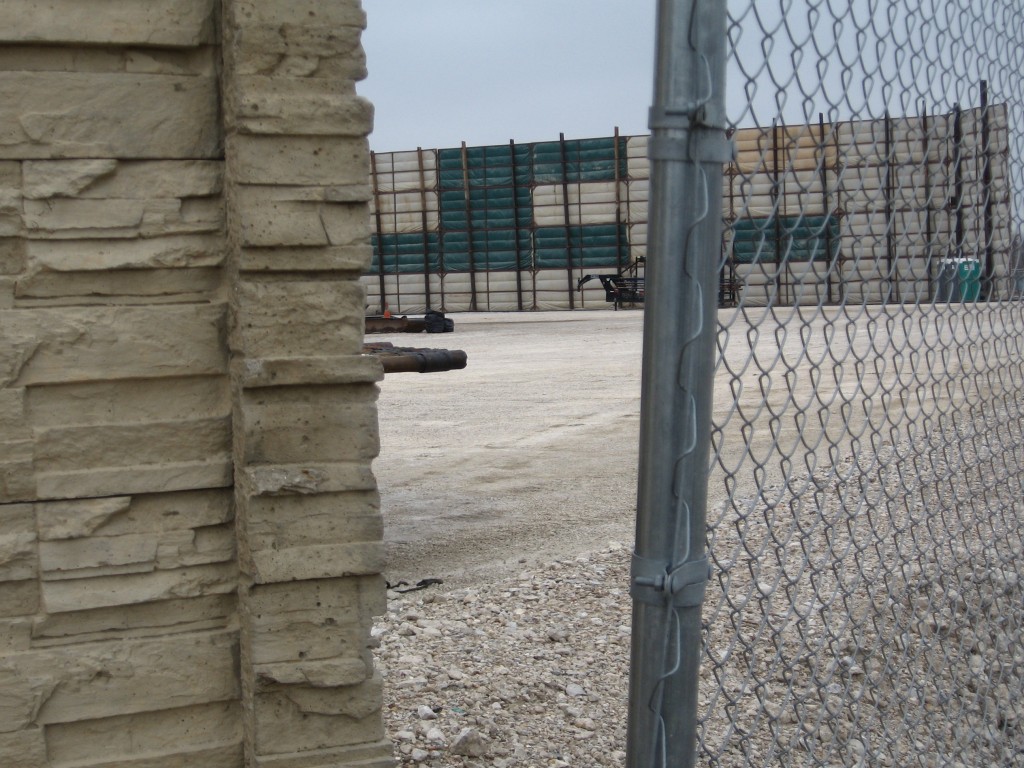 Do us both a favor, Gipson, and get your people to fix this right away. Thanks.

There have also been several complaints about the venting of the flowback tanks at this site. Several people noticed white vapors coming off the tanks this morning. One resident called the TCEQ but they would not do an investigation because it was was a “mobile” complaint. They can only investigate if the person making a complaint is at their residence. That doesn’t make any sense to me because noxious emissions should be reported no matter where you live but I’m sure the TCEQ had to figure out some way to cut down on the number of complaints.

Another resident called 911 about the vapor but someone at the city told her it was only water vapor. Ahm, no. If it were water vapor it wouldn’t have a noxious odor and if it were water vapor they could just shut the valve. Then can’t do that because they have to vent the volatiles. The tank would probably blow up if they didn’t. The fireman who responded to the 911 call admitted he smelled a strong, pungent, chemical-type odor wafting off that padsite.

Thank you Mr. Fireman! When residents make complaints and are repeatedly told by our regulators that there is nothing wrong, they begin to second guess themselves. It is great to receive confirmation, especially from a first responder.

UPDATE: photos came in the email after I posted this blog. Really Chesapeake! You need to do better. You are upsetting the nativs and they are organizing. 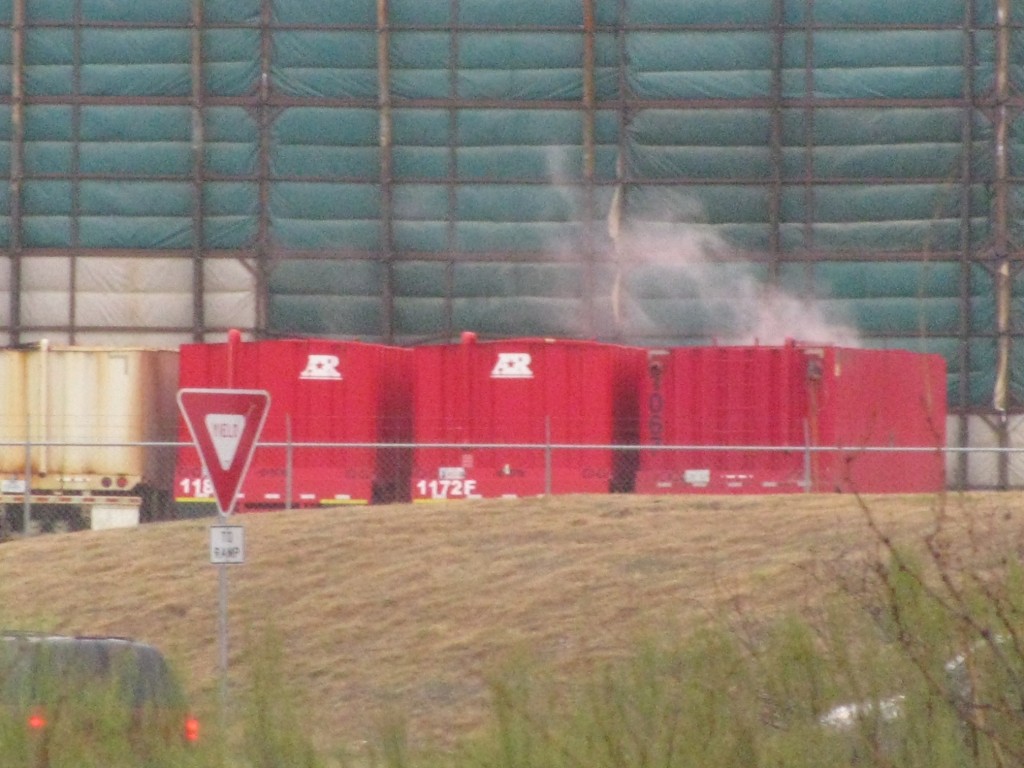 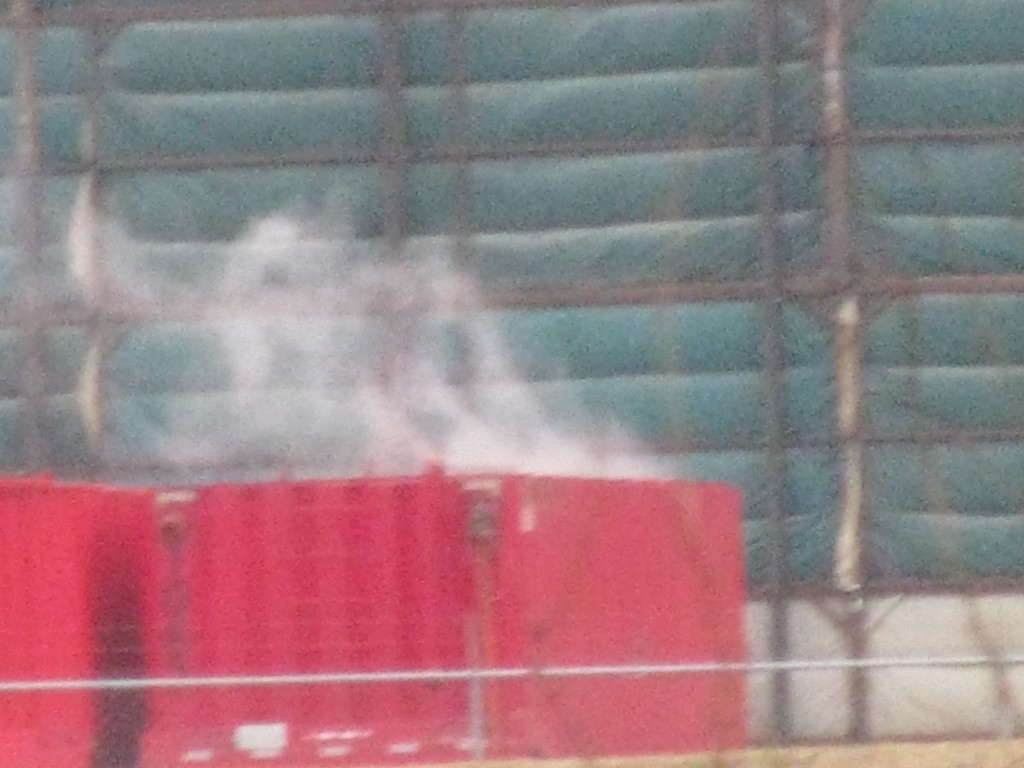 And maybe not last because I have quiet a few emails from Arlington residents, and not exactly least either… A crack in the wall.

I took this picture this morning of an interior wall in our home.  This large, horizontal crack occurred post-drilling.  We can’t help but wonder if the industry is creating structural damage to homes and buildings throughout the Barnett Shale. 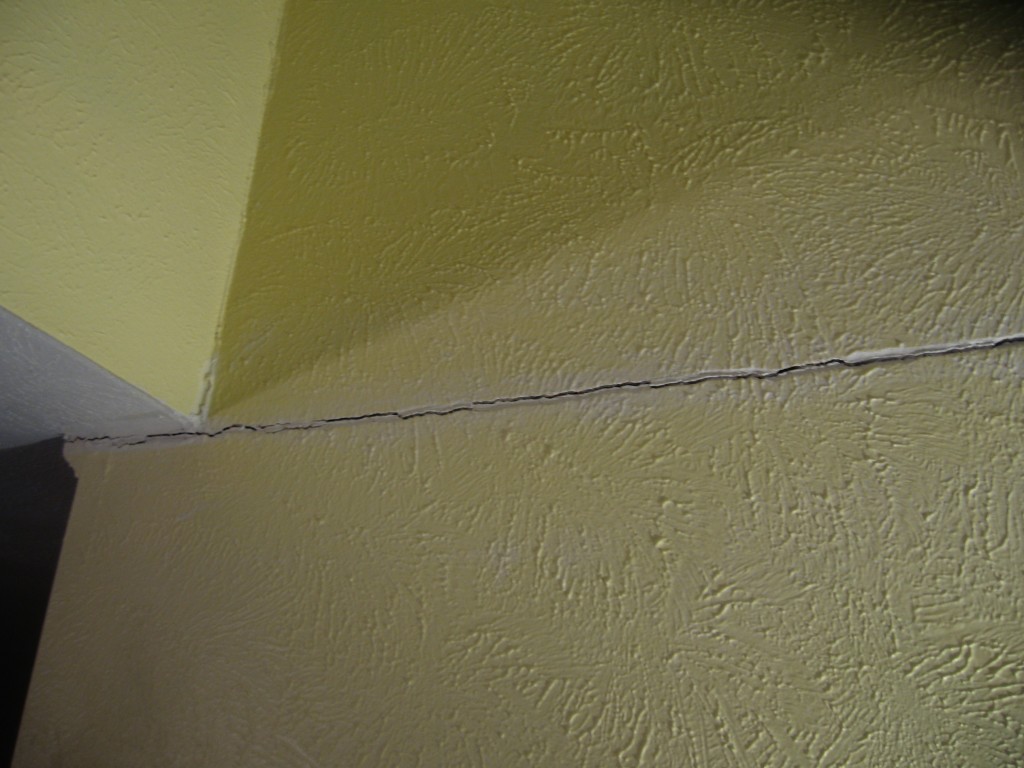 Well, yes actually, I have received a number of pictures like this recently.

I’m not nearly through all my email yet so there is no telling what else I might find.

UPDATE: I just wanted to remind you of this foundation crack that appeared right after a frack job in Booger County.