When I moved to my new home and signed up for my electric service, I chose the option of having 100% of my energy come from wind and solar. It costs a little bit more but it’s worth every penny.

Sure, we have a lot of newly discovered hydrocarbons in all the shale plays across the nation. But please remember that most of those hydrocarbons are not recoverable and, what is recoverable, causes irreparable damage to the environment.

We can take a new direction. 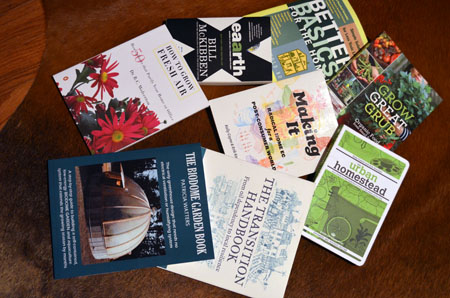 How does it feel to have some hope? Let’s give subsidies to renewable energy and tax the hell out of hydrocarbons. Let’s work like hell to push for solar and wind.

The Rodale Institute has released a report showing that organic farming kicks Monsanto to the curb.

Organic farming is far superior to conventional systems when it comes to building, maintaining and replenishing the health of the soil. For soil health alone, organic agriculture is more sustainable than conventional. When one also considers yields, economic viability, energy usage, and human health, it’s clear that organic farming is sustainable, while current conventional practices are not.