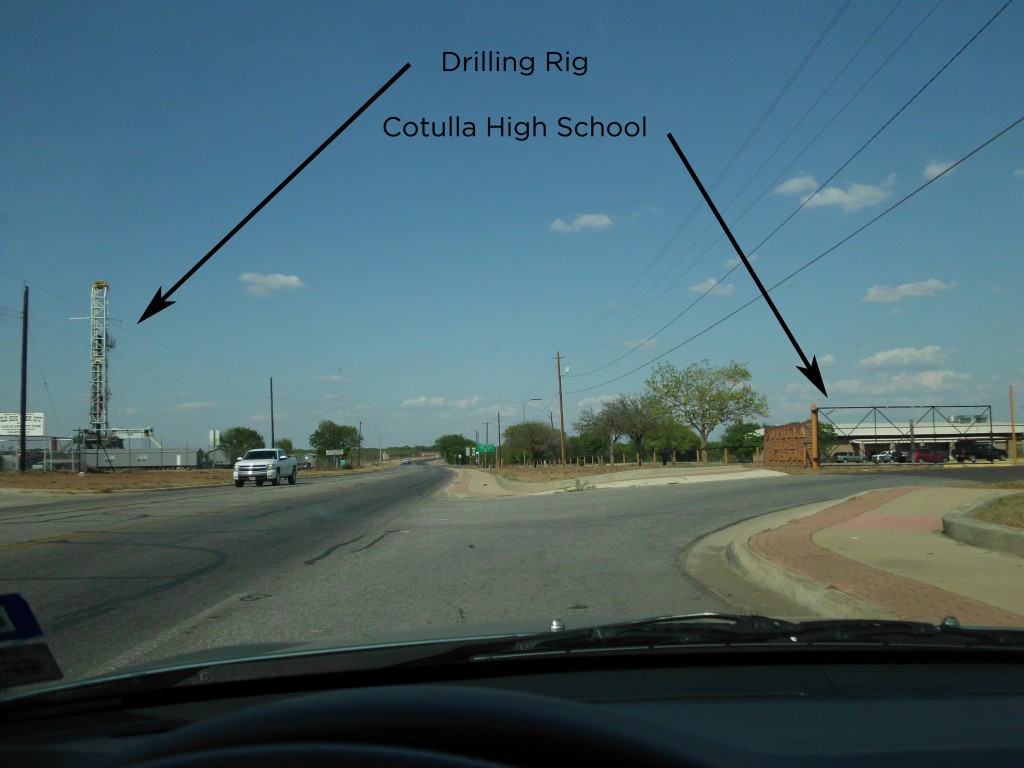 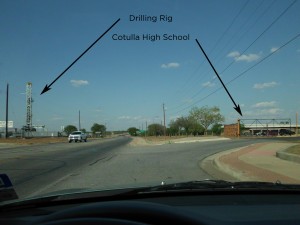 Yep, that’s a drilling rig right across the street from Cotulla High School.