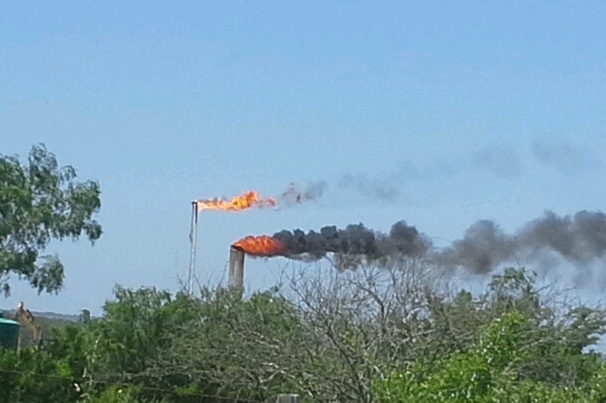 It is well known that breathing toxic gas patch air is hard on our hearts and lungs now a new study shows it also gives us dirty minds. (The article is no longer online but originally appeared in Cosmos Magazine at http://www.cosmosmagazine.com/features/print/4268/dirty-minds. An alternate source: The Effects of Air Pollution on the Brain: a Review of Studies Interfacing Environmental Epidemiology and Neuroimaging ) 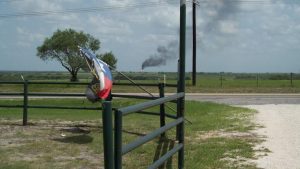 Dirty flares cause a dirty mind

Children who live in areas with air pollution show brain lesions in the prefrontal cortex of their brains that are similar to people who have dementia and Alzheimer s. They also show signs of cognitive impairments in memory, problem solving and judgment and deficiencies in their sense of smell.

In Mexico City, an 11-year-old girl named Ana who has an IQ of 113, which is above-average, also has persistent, growing brain lesions. Ana was one of 54 children who participated in the Mexico City study. Autopsies of healthy children who died in accidents showed proteins that are known hallmarks of Alzheimer s and Parkinson s diseases.

Another study of 200 10-year- olds in Boston found that higher airborne concentrations of soot meant lower IQs and poorer memories.

Researchers believe nonoparticles–tiny particles in smog, carbon, metals, solvents and other reactive gases-travel through the nose and into the brain where they cause inflammation.

While these data are just coming in, a growing body of evidence suggests that nerves in the nose can provide a highway along which some inflammatory pollutants, such as metals, travel directly from the outside world to the brain.

And, once these insoluble particles get in the brain, they seem to stay there so long-term exposure could cause a super dirty mind. 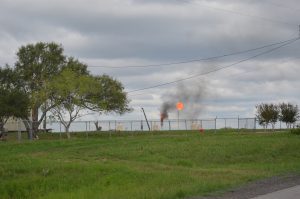 Dirty flares cause a dirty mind

The researchers suggested eating foods high in antioxidants to counter the inflammation. Eating your colorful fruits and vegetables is always a good idea but eliminating the pollution sources is an even better idea.

Several Barnett Shale towns are passing resolutions asking the oil and gas industry to do its Fair Share for Clean Air.

In 2000 (Geophysical Research Letters) and 2001 (Nature), he applied his model to discover that black carbon, the main component of soot air pollution particles, might be the second-leading cause of global warming in terms of radiative forcing, after carbon dioxide. This result was supported by several subsequent studies, including a 2013 comprehensive review. These and later papers of his provided the original scientific basis for several laws and regulations on black carbon emission controls worldwide. His findings that carbon dioxide domes over cities and carbon dioxide buildup since preindustrial times have enhanced air pollution mortality through its feedback to particles and ozone served as a scientific basis for the Environmental Protection Agency’s 2009 approval of the first U.S. regulation of carbon dioxide (the California waiver).