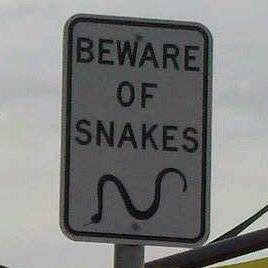 Recently, some of our members have reported receiving notices from The Caffey Group of an offer to enter into a 5-year lease agreement for a $3000 signing bonus and 20% net royalties. We understand that landmen working in South Hurst are again telling residents in that areas that NHMOC is not talking with Chesapeake and encouraging them to sign a lease before it’s too late. Also, Snow Operating has sent postcards to residents in the Holiday Heights area offering “$500 and up” for a lease of unspecified term and unspecified royalty. Others report being notified of seismic testing to be conducted in their neighborhoods.

These are normal tactics used to try and coerce people into signing an agreement for a lower than usual signing bonus and royalty percentage with less than favorable lease terms. They normally do this with the intent of making a profit by reselling the leases to Chesapeake.

These are typical sneaky snake tactics. Be sure to report any sneaky dealings or underhanded tactics to Landman Report Card. Before you talk to anyone check to see if they have a record on Landman Report card.

Sneaky Snake tactics are illegal in most other industries but the Big Gas Mafia has bought off many of our lawmakers so policing this industry is up to us.