At a recent Bartonville Town Council meeting where the council members debated whether to allow yet another Barnett Shale fracking permit, it was reported that the mayor favored allowing the permit because he thinks “only a few people suffer adverse health effects” from the natural gas extraction and processing in their neighborhood. Well, Dear Mayor, as the collector of the stories of those who suffer, I can assure you that more people suffer than you can even imagine. Regardless of the number of suffering, my question is: Who decides who suffers?

A few weeks ago, I took some stories from those who suffer to Washington, D.C. Included in my presentation were stories from twenty different residents of the Bartonville and Argyle communities. There would have been more, but people are busy and keeping a detailed timeline of health effects and environmental events from the natural gas facilities is time consuming. I promised to forward to the EPA the straggling stories as mothers, fathers, grandmothers, grandfathers, aunts, uncles and teenagers find time to submit them.

That people living in the gas patch suffer is not new news and is no longer debatable. The proof exists in every gas patch across the nation.

You should think long and hard about my question: Who decides who suffers? Unless you are the decider, you will eventually suffer. Natural gas extraction in the Barnett Shale is only in the beginning stages. “…there will be more drilling because, in the scheme of things, it’s probably just begun,” Ed Ireland, Director of BSEEC, industry’s propaganda arm, said in a video, Industrial Pollution in Wise County. No one in this area will escape the impacts from natural gas extraction.

We are led to believe we must suffer for the sake of national security, for the economy and for jobs. You decide who suffers by believing industry propaganda without question. The trail of manipulation is easily followed. Using national security and energy independence as a lure they set the hook deep into your fear. They reel you in with the line of economic growth and land you in their net of lies about jobs. Gasping for air you hardly notice when they switch the bait and sell your national security, your energy independence to China to increase their profits. Too late, you realized you’ve been filleted.

The suffering, to a certain degree, is not necessary. It’s a choice made by the Big Gas Mafia and enabled by our elected officials and propaganda. Is the choice then, my health for your job, my clean air for your national security, my safe water for you royalties? Those are all false choices as yet another report confirms.

There’s been a lot of hubbub lately about new and emerging EPA regulations. Lots of folks in pollution-intensive industries would like you to believe that those regulations will crush the economy, leave grandma shivering in the dark, and smack that ice cream cone right out of little Jimmy’s hands.
…
Got it? No jack-booted EPA thugs are going to “shut off power” to your home. Your toaster will turn on every morning, just like always. The economy will continue growing, as it has in the face of previous regulations. Industry will flush its previous fear-mongering down the memory hole and pivot to fear-mongering the next set of regulations, in keeping with its fine traditions.

Meanwhile, the air and water will get cleaner. It’s all good.

The air pollution issues absolutely can be prevented and the technologies available pay for themselves in recovered product. Wyoming requires Best Available Control Technology, BACT, and industry complies with those requirements in Wyoming. The very same operators who use BACT in Wyoming refuse to do so here–to the detriment of the health of our children and our neighborhoods–because it is not mandated by our elected officials.

Since seeing is believing, my friends in Wyoming sent the following pictures of BACT that is currently in use there. 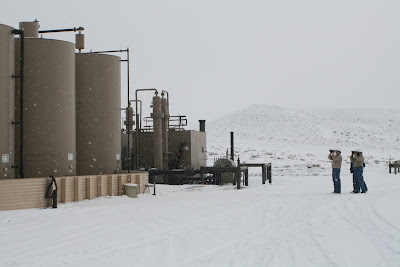 FLIR Utilization on Inspections and for Operators 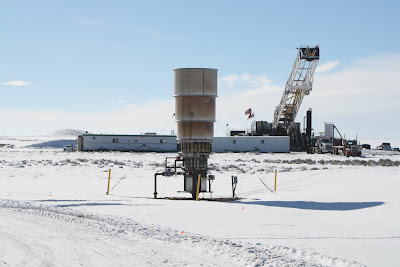 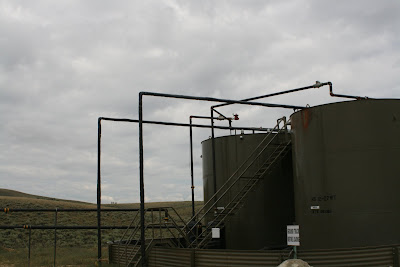 VCS on CT and PW Tanks 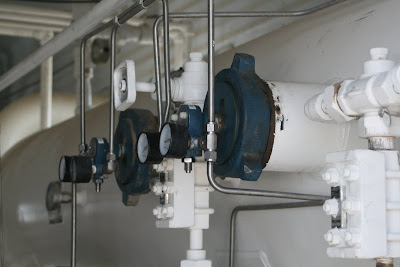 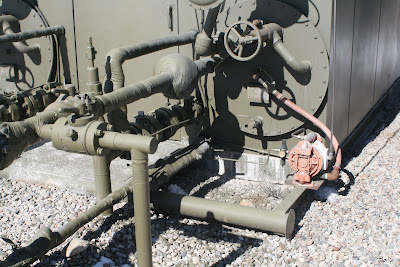 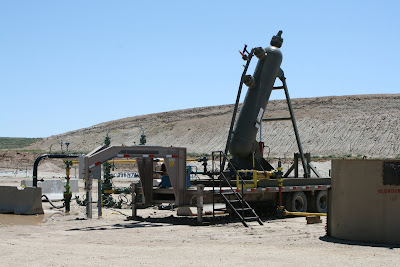 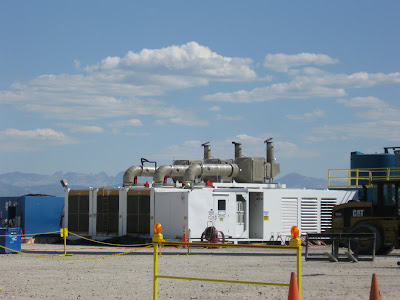 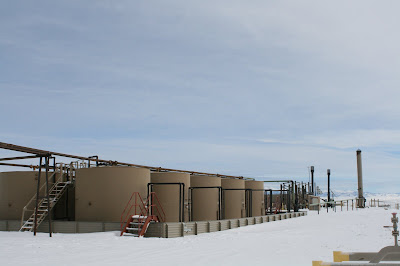 VCS on CT and PW Tanks Routed to Combustor 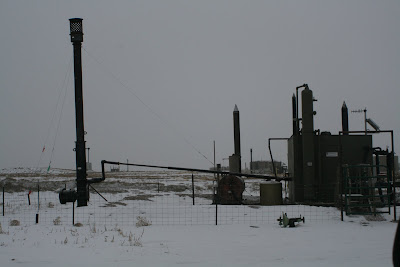 To illustrate my point, here is how Williams does it in Wyoming: 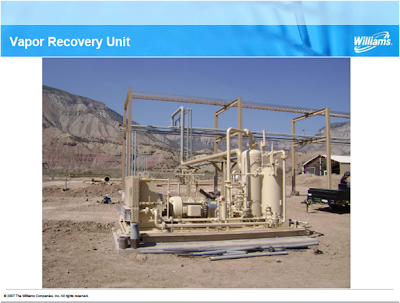 Williams operating in our backyard:

Who decided who suffers?

Let’s have a better new year in 2011 with clean air and safe water.