The water use to extract natural gas from shale is not sustainable! 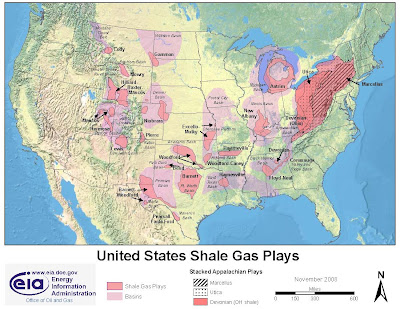 According to the U.S. Geological Survey, water used to produce Barnett Shale gas in Denton County averages 2,226 gallons per million cubic feet of gas. There is no way to know for certain how much water is used for each well because, most often, the industry is not required to submit records. Estimates given by the industry itself say approximately 5 million gallons per fracture plus 1 million for drilling. These millions of gallons of fresh water are mixed with sand and a toxic chemical cocktail. That mixture is forced under pressure down the drilling hole to break up or fracture the shale where the gas is trapped. A percentage of this mixture stays underground to migrate who knows where. The rest returns to the surface bringing with it additional toxins such as radioactive waste and hydrocarbons from the shale. There are currently over 10,000 wells in North Texas with thousands more planned, and each well may undergo hydraulic fracture many times during the well’s lifetime. I’ve read that over 100,000 wells are planned in the Marcellus Shale.

But it gets worse: The water—hundreds of billions tens of trillions of gallons of fresh water—is polluted beyond use, and the portion that surfaces from the drilling hole, called flowback, is pumped into a disposal well deep into the earth under a “containment barrier.” This permanently removes the water from our hydrologic cycle, and therefore, unlike the water used in and around our homes, swimming pools and golf courses, it is unavailable for respiration, evaporation or future use by humans or animals. Disposal wells are poorly regulated in Texas and can cause water contamination.

While Texas remains in a persistent drought, natural gas producers are sucking dry every available source of water and ordinary citizens turn on the faucet to find their well has gone dry.

The following are notes from a talk by
Maude Barlow, Senior Advisor on Water to the United Nations and
author of Blue Covenant
at Cornell University, March 7, 2009

Our Water Commons: Toward a Rights-Based Solution to the Global Water Crisis

UPDATE: In reply to my email

Hello. Indeed, fracturing those wells does use large amounts of water. I have heard that the drilling companies tend use nearby water if possible, to avoid transportation costs. Thus, they may get the water from farm ponds or by pumping groundwater, often from the Trinity Aquifer.

Disposing used water into deep injection wells essentially removes it from the active hydrologic cycle. Conceivably, it could return to the active cycle at some very distant point in the future (speaking in geologic terms, well beyond human time frames.) This presumes no leakage through the well casing or nearby abandoned and unplugged wells, which could facilitate upward migration.

I’m not aware of any weather or climate impacts from using local freshwater resources to fracture gas wells. The bigger concern is perhaps putting additional strain on local water resources in the face of growing human population.

Water: Do not read if prone to despair

FACT: The World Bank says that by 2030 demand for water will outstrip supply by 40%…

The suffering behind that is absolutely unspeakable.

~Maude Barlow heads the Council of Canadians, Canada’s largest public advocacy organization, and is a founder of the Blue Planet Project.

Update 3: Industry is underestimating and underreporting water used for fracking