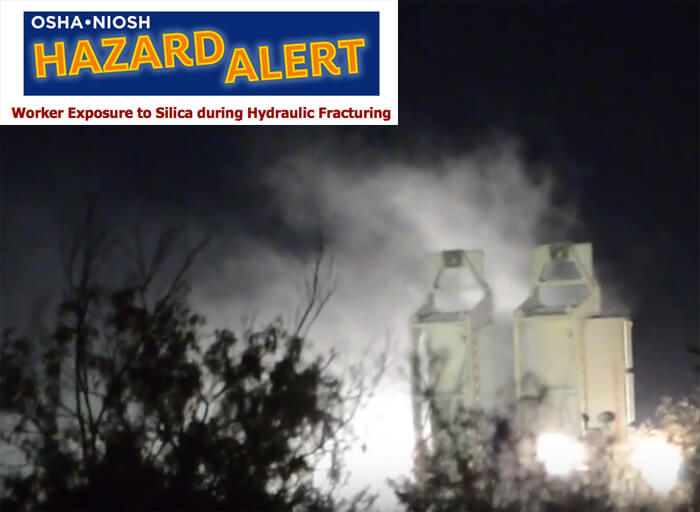 The National Institute for Occupational Safety and Health (NIOSH) identified exposure to airborne silica as a health hazard to workers conducting some hydraulic fracturing operations during recent field studies.

In cooperation with oil and gas industry partners, NIOSH collected 116 full shift air samples at 11 hydraulic fracturing sites in five states (Arkansas, Colorado, North Dakota, Pennsylvania, and Texas) to determine the levels of worker exposure to silica at various jobs at the worksites. Many air samples showed silica levels for workers in and around the dust generation points above defined occupational exposure limits.1

Of the 116 samples collected:47% showed silica exposures greater than the calculated OSHA PEL.

The site with exposure of more than 100 times REL was in…can you guess? Texas!

According to the Texas Railroad Commission GIS map, it appears that Marathon is the operator of the wells in that area. 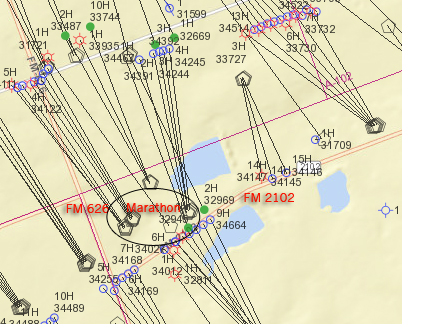 There were numerous fracking operations going on in Karnes County during the month of August when I was there. People in the area complain of bronchitis from which they can’t recover.

Most doctors don’t understand the fracking process and are ignorant about all the particulate matter emitted during the operations. We desperately need physician education.

Video of a Hillwood frack site in Argyle, Texas with frac sand blowing toward the nearby elementary school.

Video of a frack site in Argyle, Texas showing a worker with no breathing protection.

Here you can see a picture of frac sand covering Runner Susan’s pool. The sand traveled an estimated 5 miles from the frack site. Each morning during the fracking operation, she swept up loads of this sand off her patio.

And the best picture of all shows fracking sand blowing everywhere with two homes 200′ away. 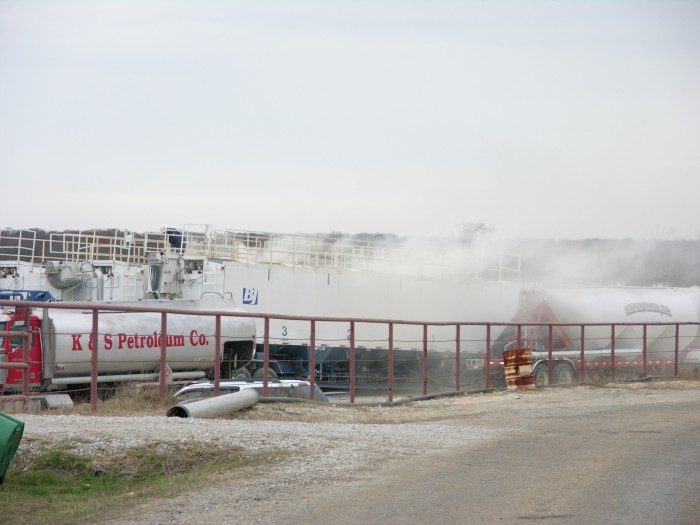 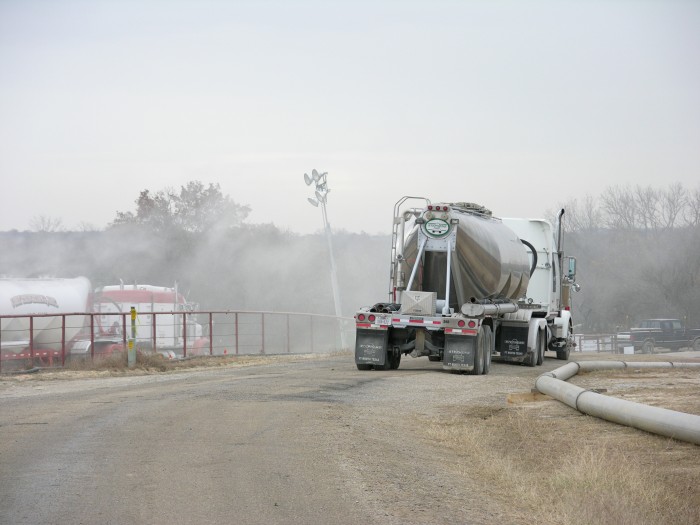 NOTE to CDC:  I’ve got lots more. Do you need more? Really, this should be enough.