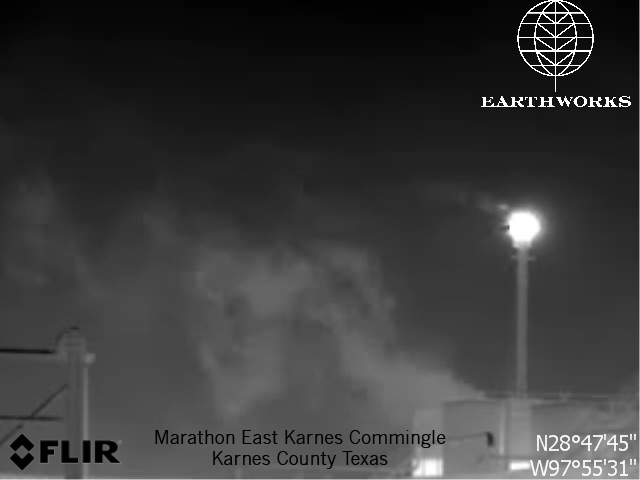 Methane is a surrogate gas that brings “hitchhiker” volatile organic compounds (VOC) with it. These VOCs harm health and pollute the air. VOCs and NOx combine with sunlight to create ozone.

These emissions trespass onto neighbor’s property and cause unpleasant odors and health impacts. Eighty to ninety percent of over 500 peer-reviewed studies confirm that fracking harms health, air and water.

I recently made two trips to the Eagle Ford Shale to do an air investigation. These are the videos from only the first trip. I will post videos from the second trip next week. Most of these videos show ongoing releases of methane and VOCs over a period of several days. I now have three years of videos from Karnes County that prove two things:

EnAqua Solutions Disposal Well is a celebrity that has been in the news before. The TCEQ had to evacuate and returned wearing respirators but they forgot to tell the guy across the street that he might be in danger. NEWS REPORT.

Here is a video of EnAqua’s operations taken over several days.

This picture shows corrosion around the vent/hatch on EnAqua’s tank which allows the venting. This hatch could be fixed but it’s easier and cheaper to let it vent. As long as the TCEQ continues to look the other way and the EPA is too scared to venture into Texas, EnAqua will continue to vent methane and VOCs into the atmosphere. 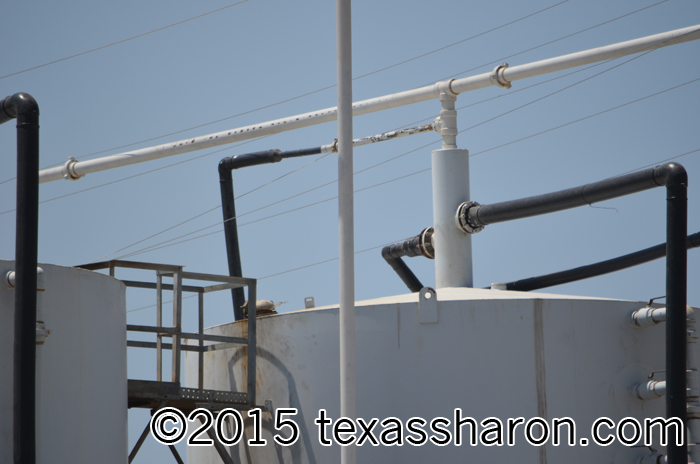 The Marathon East Karnes Commingle CCF is fairly new but it’s not holding back on the methane releases.

Marathon East Sugarloaf Central Collection Facility. Residents have been complaining about this facility for several years.

Marathon Sugarhorn Central Collection Facility is another chronic offender that we wrote about in Reckless Endangerment While Fracking the Eagle Ford Shale.

One release from the Sugarhorn facility traveled 20 miles but the TCEQ refused to respond.

Encana Karata-Ridley Drip Station was bought from PXP by Encana. It has been venting like this for several years. The first FLIR video we took there was in March 2013.

Encana Love-Crews Central Collection Facility was bought from PXP by Encana. I have several FLIR videos of this facility and many photos of flares that burn black. Here is the latest FLIR video taken over several days.

The is a New Air Source permit pending for this facility. They want to release even more air pollution into the atmosphere.