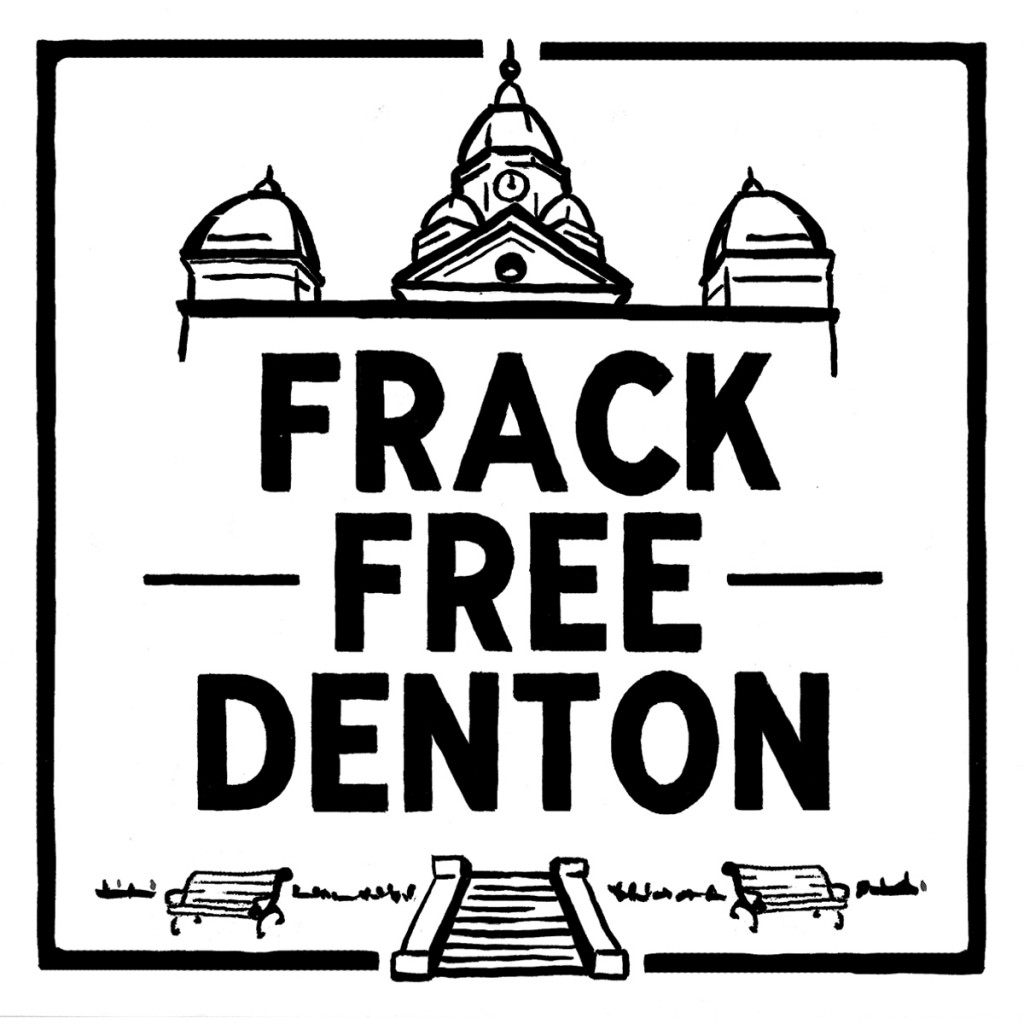 Last night the City of Denton voted to repeal the Denton fracking ban. Bill kept me at home but I did send a statement of support for repeal from Earthworks as an intervener in the lawsuits. Unfortunately, the statement was not received in time so I will include it at the end of this post.

The meeting lasted until after 1:00 AM and I watched until the bitter end. It was a long meeting and I had a lot of thoughts. Here are some of those thoughts:

Six years ago this month was the first time I stood in the council chambers when Cathy McMullen, Margaret Neale and I gave citizen reports on hydraulic fracturing. I moved to Denton two months later.

The faces of the council members are not the only changes in six years. The council six years ago was dramatically different. I guess if you weren’t there six years ago, you might not appreciate the change. This council listens. That council didn’t. I feel like this council is a part of the community. not so much anymore. I had absolutely no trust for that other council.

It is disturbing that adults have such a poor understanding of how the legal system works.

This was painful to watch.

There are things about the lawsuits that the general public will never know. Settlement negotiations are confidential. That is unfortunate and I hate it.

Read between the lines when someone says the negotiations have failed.

Listen between the lines.

I remember standing in the freezing rain all day on election day and Aimee brought me steaming hot chocolate from Big Mike’s.

I did not like the way some people berated the city. That was unfair. 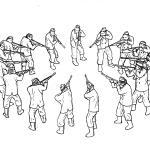 Not a winning strategy.

Everyone is angry. There is an appropriate target for that anger and it’s the industry and everyone who voted for HB40.

The repeal is a beginning not an end. We found our power in unity before and we will do it again.

There is a lot of work to do. We all were hoping the work was over and we could get on with our lives.

This is what I’m doing for the rest of my life.

Earthworks statement supporting the repeal of the Denton fracking ban.

Denton residents came together and forever changed the world’s perception of fracking by rejecting it where it was born. From China to Europe to South Africa, Denton has become a symbol of a community’s power.

The oil and gas industry’s arrogance overturned democracy by forcing HB40 through the state legislature making Denton’s fracking ban illegal. Their arrogance will be their undoing.

With great regret, Earthworks supports the city of Denton’s repeal of the ordinance that enacts and enforces Denton’s fracking ban.

It is because of Denton’s importance to all Texans that the ban’s repeal is necessary. If the city is forced to defend the ban ordinance in court, the best legal minds in the country tell us that — not only will the city lose, but it could make undoing HB40 more difficult for all Texas cities.

Denton, and an increasing number of communities around Texas, are moving forward together to restore our democracy, and with it our right to determine our own future.

Here is the ordinance to repeal: 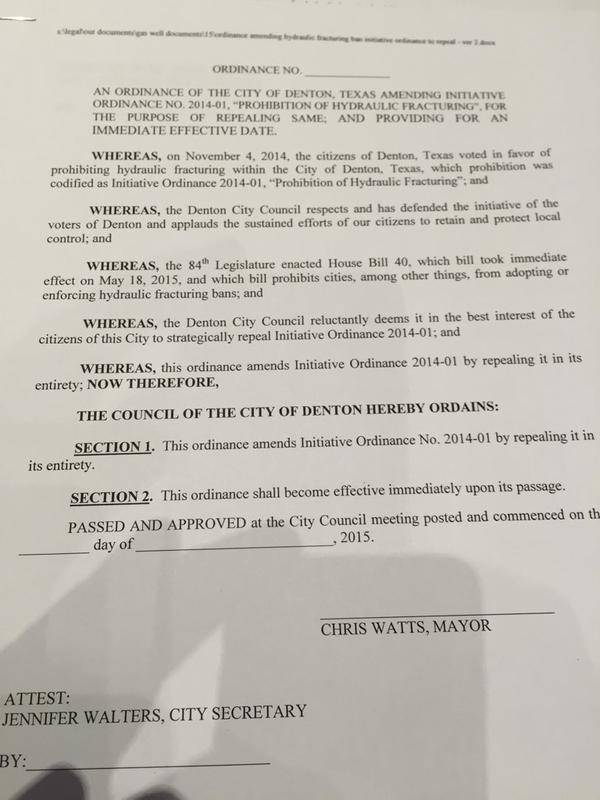