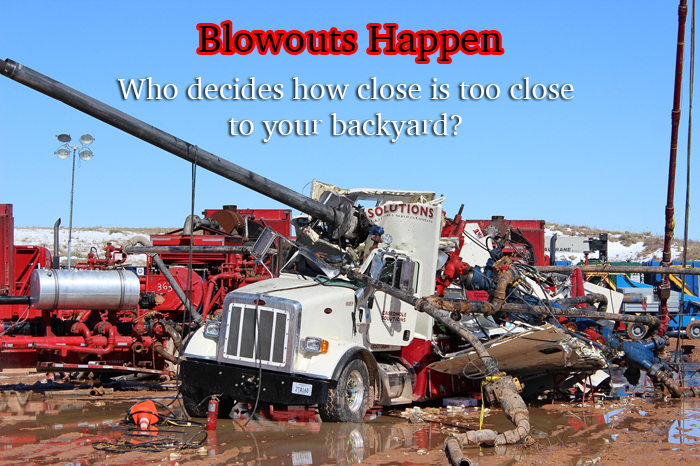 Boots & Coots, a Halliburton well control services company, has been working through the night to get control of an Arlington gas well blowout in a neighborhood. So far, attempts to get control have been unsuccessful. This is the first blowout in a neighborhood since Rep. Drew Darby filed HB 40, a bill to “preempt most regulation of oil and gas operations by cities and all other political subdivision.”

NOTE: Part of this is satire, hence the satire tag. The irony is people can’t tell the difference between satire and reality regarding Texas’ lame regulatory agencies.

The oil and gas industry is king in our great state and will rule in every Texas neighborhood. We expect to see more frequent minor upsets such as the one in the Arlington neighborhood as regulations loosen. In honor of those neighborhoods that survive, the Commission has developed a new system of renaming neighborhood blowout wells.

The minor upset at Vantage Energy’s Lake Arlington Baptist Church well where hazmat crews are on the scene, has caused neighborhood evacuations, a no fly zone, and is currently attended by over 40 fire fighters and Boots & Coots. The latest update from the Arlington Fire Depart Facebook page:

“City of Arlington crews, Vantage Energy and Boot and Coots, a well control company, worked through the night to resolve a gas well incident located in the LABC gas well in Southwest Arlington. Boots & Coots well control attempted to re-plug the gas well at 4:00 a.m., but was unsuccessful in their attempt. Boots and Coots will be bringing in additional resources to replace the gas wellhead as quickly and safely as possible. While there has been no gas released to this point, the possibility exist that a release could occur. All citizens are asked to stay away from the area impacted by this gas well incident.”

The well that is now experiencing a blowout will become the “Drew Darby Blowhole #1.” Darby who lives in San Angelo, Texas where there is no drilling within the city filed HB 40 that takes local control away from cities and hands control over to the oil and gas industry.

The “Shannon Ratliff Blowhard” has been chosen for the next neighborhood blowout well renaming. Ratliff is the former Exxon attorney who authored the bill. As Ratliff indicated during his testimony for HB 40, (starts at 1:04:41) he expects his business to pick up as cities are slammed with litigation (1:19:10) if they try to protect citizens with setbacks or other controls.

Ratliff replies: Well you always try to build that in any bill.

The third name in line is “Todd Staples Pomposity” for glaringly obvious reasons.

Several weeks ago neighbors reported hearing a loud explosion at the Arlington well and experiencing horrible odors. The reason given, according to neighbors, was a problem with well integrity or a casing rupture. Upon further questioning, the information flow dried up but, reportedly, one email confirming the will integrity issue still exists. Update: see the email here.

Neighbors observed the fracking company exiting the site and all was quiet until a new fracking company, the current one that was fracking when the blowout started, set up on site.

Here is a map of the location. Children have to walk around the frack site to play sports on the adjacent field.

The residents in Denton learned firsthand about blowouts and decided one was enough.

A blowout in Palo Pinto County in December 2005 ignited, blowing a 750-crater in the ground and burning for several days.

The City of Arlington has established a website with updates:

UPDATE:  Evacuation area widened. As another attempt to gain control of the well takes place.

This is what a blowout with a loss of flowback control looks like: 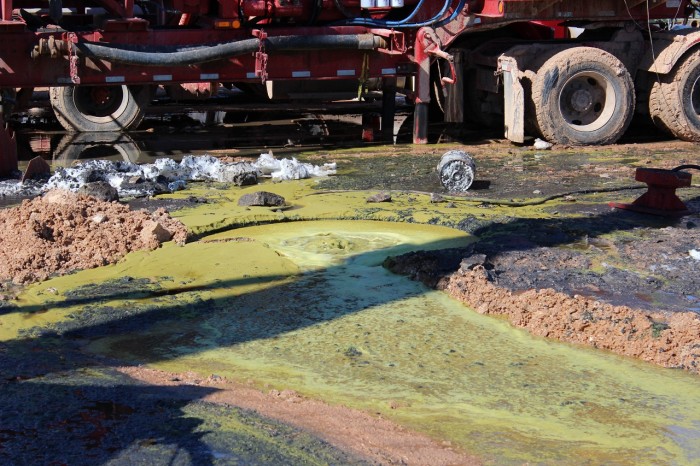 According to the investigators, it took almost two weeks before this “frac water” stopped flowing out of the wellbore, and another week for the well to be plugged. The investigation did not determine the underlying cause of this accident. Source

Vantage Energy has been fined nearly $1 million for environmental violations in Pennsylvania. Their new slogan: Cutting corners give us an adVantage.

Arlington, TX – The gas well incident at the LABC site on Little Road has been resolved. At 2:45pm Sunday, crews from Boots & Coots, a well control company, and Vantage Energy, the well operator, were able to seal the well, which had been leaking fracking material since Saturday afternoon.

UPDATE: Thank you to the Arlington first responders for keeping every safe!

“The drilling incident comes just days before a proposed state law, House
Bill 40, comes up for debate in the Texas Legislature on Tuesday. The bill
that would bolster state control over urban drilling had to be rewritten
after city officials complained during a contentious hearing in Austin that
it limits local government influence over urban drilling. The bill limits
local control to surface activities such as noise abatement and trucking.
Attempts to ban drilling would not be allowed. Shortly before the well was
brought under control, Crowson met with elected state official Sunday
afternoon at an Arlington fire station to reaffirm the need for cities to
maintain local control.

“I’m concerned there is a potential that local control may be lessened. It
is exactly local control that keeps the local community safe,” Crowson said.
“We are partners with the industry. The fire code is a life safety standard
that every business and industry follows in the community. Just ensuring we
have the ability to keep these places safe and maintain the ability to
partner with the industry will be in everyone’s interest long term.”