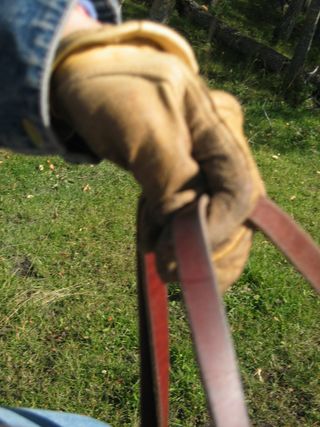 In a landslide vote, a solidly Republican city that tried for years to find a way to live with fracking voted to ban it because they have learned that fracking is not compatible with a healthy city. And it’s common sense that healthy neighborhoods and a healthy city make a healthy economy.

Now you may be wondering: what’s next? Because we all know this ain’t over. Staying true to their threats and arrogant pattern of bullying communities, industry and the state filed lawsuits hoping to crush democracy. They have vowed to retaliate until Denton becomes nothing but tumbleweeds and crickets.

“The citizens of Denton, Texas have voted themselves into what will most definitely end up as the legal equivalent of a field of quicksand. The ground-rumbling they will hear won’t be earthquakes, but the stampede of lawyers running to the area to join in the plethora of lawsuits….

“The real losers here are the citizens of Denton who…. now face a future of nothing on their land but tumbleweeds and crickets.”
Chris Faulkner, the CEO of Breitling Energy
Source

The quicksand metaphor was not a wise choice. Years ago I was riding along the beautiful Brazos River with some friends. One horse started bogging down in quicksand. The mare panicked and tried to rear on her hind legs and lunge out of the sand. Her thrashing only caused her to sink deeper. My friend never let go of the reins. She talked to the mare in a soothing voice until she became calm. When her weight was more evenly distributed the mare stopped sinking and floated on the sand until we were able to pull them both out with a rope.

In Denton we never let go of the reins. We distributed the weight evenly, talked each other through the roughest spots and if someone needed it, we threw them a rope. Quicksand doesn’t scare us.

The Denton Drilling Awareness Group is assembling a superior legal team that is already working on legal strategy to answer the lawsuits. An announcement about that will be coming soon.

In the meantime, we still have plenty of work ahead and we need every person to stay involved. Some people might say we need to “stay the course.” But having spent most of my life on a horse, I’m going to go with lyrics from a John Denver song sung by Chuck Pyle my favorite guitar pickin’ “Zen Cowboy.”

We won because we are a family. We can’t compete with the industry’s money but we have people, people who will…

We won because we kept it local and found a message that resonated with young and old and everyone in between.

What we do now is more of the same.